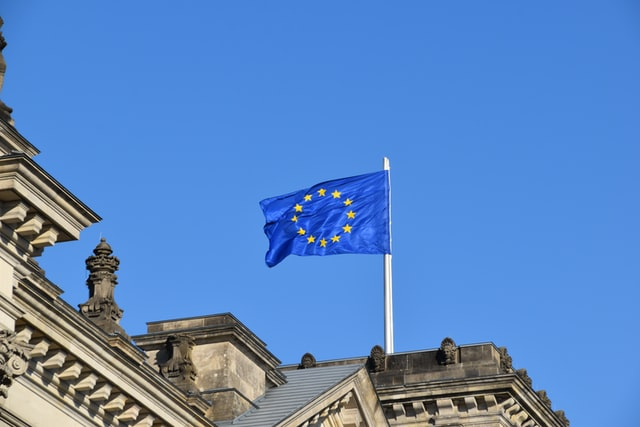 The new EU risk map will use a "common colour code, based on common criteria", the European Commission said
By Hannah Thompson

France has welcomed a new decision by the EU to introduce coordinated Covid-19 travel rules and risk assessment across member states, with a new colour-coded map updated centrally every week.

Ministers from across the EU this week met and approved a recommendation to put a coordinated central map in place, which would define the zones at risk across the EU.

An updated map will be published each week by the European Centre for Disease Prevention and Control, with a “traffic light”-style key showing the risk level, from green, to orange, to red.

The risk level will be calculated based on the number of new cases per 100,000 people over the past 14 days, and the level of positivity of tests.

A fourth colour - grey - will be used for countries for which there is not enough data, or the number of tests per 100,000 people is considered to be too low.

Ursula van der Leyen, president of the European Commission, said: "Many national governments have introduced travel restrictions in the past months. And this has led to a patchwork of measures...it's hard to know where you can travel, what rules you need to follow when you get there, and what rules apply when you get home.

"We have to coordinate these measures, to make life easier for Europeans. The clearer the rules are, the better citizens can deal with them."

She said the new proposal would introduce a "common colour code, based on common criteria".

Our strength as a Union is when we act as one.

We welcome @EUCouncil agreement on coordinating measures that restrict free movement. This will bring clarity to the current situation thanks to:
1️⃣ map
1️⃣ colour code
1️⃣ set of rules

While the new rules are not mandatory, the EU has highly recommended the use of the system. It also reminded member states that they should not refuse entry to travellers coming from other EU countries. Currently, Hungary is notably doing this - with certain exceptions.

If a country is planning to impose restrictive measures on certain travellers due to a perceived heightened risk, it must inform the other country with at least 48 hours’ notice, and give the public at least 24 hours' notice, the EU said.

It has also recommended that a single form for EU travellers should be in use for tracking purposes.

French junior minister for European Affairs, Clément Beaune, said that “France had fought for this concrete result for several weeks”, and called it an “essential step forward in an area that has too often been left to isolated and non-cooperative national initiatives”.

Some countries, including Luxembourg, have abstained from using the map.

Luxembourg minister for European Affairs, Jean Asselborn, said that the text needed to “be completed and go deeper”, and said that other criteria should also be used to help ascertain risk level, including the level of mortality, and the pressure on hospital intensive care beds.

According to the Agence France-Presse, there have been more than 6.5 million cases of Covid-19 - and more than 240,000 deaths - in Europe. With cases rising again, many countries are beginning to reimpose further restrictions to combat a so-called “second wave”.

In France, President Macron is set to address the nation today (Wednesday October 14), and may announce further restrictions in major cities.

These may include curfews, early closure of bars and restaurants, or a ban on travelling after a certain time.

In Italy, people now must wear a mask everywhere outside their own homes, and private gatherings are banned indoors and out. People are advised not to have more than six people in their homes, and events such as weddings and baptisms are limited to 30 guests.

Contact sports have also been banned. Bars and restaurants can stay open until midnight, but they cannot serve clients that are not seated after 21:00.

In the Netherlands, a “partial lockdown” has been announced from today, including the closure of all bars and restaurants. Alcohol may not be sold after 20:00.

Masks are required in all enclosed places for everyone over the age of 13.

In the UK, a “three tier” system of restrictions has been introduced, including the closure of pubs that do not serve food in the worst-affected cities, such as Liverpool. Several overflow “Nightingale hospitals” are also set to reopen.