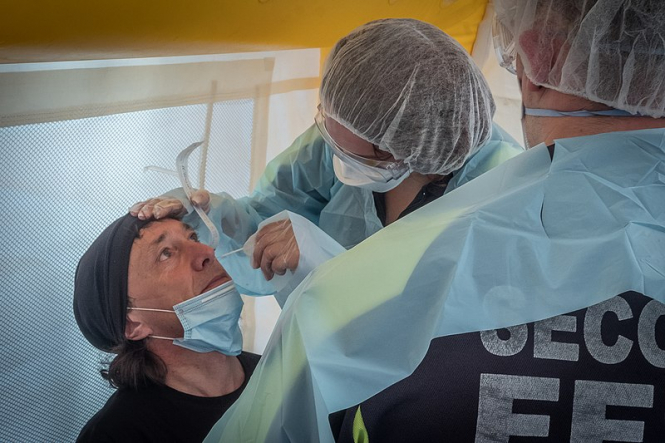 There was an increase in the rate of test positivity in France, meaning of the people getting tested, more were positive.
By Connexion journalist

The number of coronavirus cases in France continues to increase, with the latest figures taken between Thursday and Friday (October 9) showing the highest recorded number of daily cases since the pandemic began.

This takes France’s total cases up to 691,977, the second highest in Europe after Spain.

The number of new hospital admissions, particularly intensive care admissions and deaths in hospitals, is also increasing. There are 1,439 people in intensive care, 21 more than the day before, which is also a record since May.

“Of particular concern, in the past five weeks, the number of cases has doubled among people of 65 to 74 years of age and increased 2.2 times among those 75 years of age and older, who are more susceptible to serious forms of the disease,” Santé Publique France stated in its weekly coronavirus update.

There was also an increase in the rate of test positivity (proportion of positive people out of all those tested), which for the first time exceeded 10%, at 10.4%.

Santé Publique France did say that despite the worrying numbers, “at a national level, new hospitalisations, intensive care admissions for COVID-19 and the number of deaths remain at moderate levels compared to the situation observed in March-April 2020”.

“But the increase in the circulation of the virus, particularly among the elderly, gives rise to fears of continued hospitalisations and deaths in the coming weeks,” the health agency warned.