France ‘will need another lockdown’ from December 26 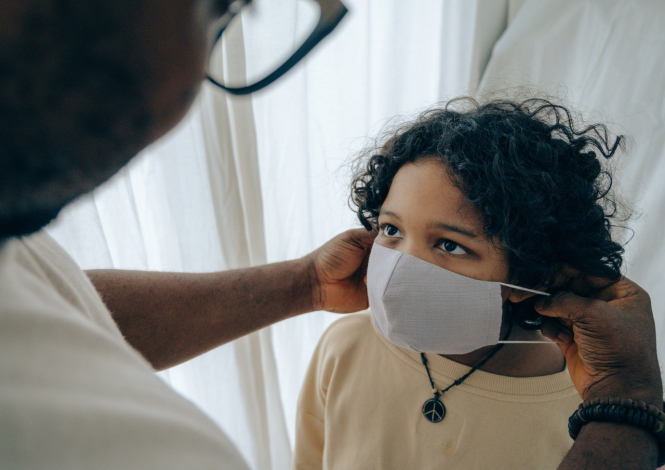 Another lockdown will be necessary in France in order to contain the still-spreading virus, high-profile professors have warned
By Hannah Thompson

France will need to enter another lockdown on December 26 to stop the continued spread of Covid-19, especially given the new, more contagious variant in the UK, Professor Djillali Annane, head of intensive care at the Raymond Poincaré hospital in Garches, Paris has said.

The most recent figures from health body Santé publique France show that there were 5,797 more cases and 354 deaths in France over the previous 24 hours (December 21).

Currently, France is under curfew from 20:00 to 06:00 - except on December 24 - and the government has not yet announced any plans to change this even after Christmas.

But Professor Annane told news service FranceInfo: “It will be necessary to impose a lockdown from December 26, in the same way as our neighbours have, to put the lid back on this virus.”

It comes as government advisory body le Conseil Scientifique met on Sunday December 20 to discuss the changing health situation, and the new variant of the virus that has been discovered in the UK.

France has banned all travel from the UK as a result.

Read more: When will France-UK Covid-19 travel ban be lifted?

‘The worst is in front of us’

Professor Annane said: “[We must absolutely avoid] this variant taking the place of the original version of the virus.

“We are coming out of the high plateau [of cases] we have seen for two weeks. The worst is in front of us, we know it, we can see it. The spread will increase over the next few days because of Christmas.

“This second wave is like a camel’s back, and we are climbing the second hump. Nothing is suggesting that the situation is going to improve, many think it will get worse.

The professor said that a new lockdown would need to resemble the first, which was imposed in March during the first wave of the virus.

He said: “That is the only way to bring the contamination numbers back under 5,000. The quicker we do that, the quicker we can get back to normal life, and when the vaccine arrives, we can start that, and that will allow us to come out the other end in Spring.

“If we wait, that moment could be postponed for two to three months."

He added that the variant of the virus was a new addition to the equation, and that the best way to fight it was to “cut it down, straight away” and stop it spreading.

He said: “Despite the curfew measures, the epidemic is continuing to progress, and we must stop it. The earlier we go into lockdown, the lesser period it will need to be.”

He accepted that imposing a lockdown was not an easy decision, saying: “On the strictly medical and health side, we should impose stricter measures. But on the mental health side, and thinking about social cohesion, it is fundamental that Christmas can go ahead, and that families can have happy holidays.

“We just need to be aware that there will be a price attached to that, with greater chances of a lockdown in 2021.”

He said: “We know we are playing with fire as the Christmas period is opening, even though we are already at a high level. Everything can change very quickly.”

The number of positive cases in France has been rising since December, and on 20 December was at 134.6 cases per 100,000 inhabitants over the past seven days.

He said that the rise in numbers could not be explained simply by a rise in the number of tests.

The only indicator that is not “on red” - meaning it is not struggling - are the numbers of patients being hospitalised or taken into intensive care. Overall, numbers have been stable or dropping, with just a slight rise on December 20, with 147 new patients in hospital and 27 admitted to intensive care.

But Professor Christian Rabaud, from the CHRU in Nancy, told Le Monde: “If we do nothing, with an R higher than 1, things will no doubt get worse. We are already on a rising slope.”

Yet he said that “indicators are still lower than those we saw ahead of the second lockdown. Then, we had 50,000 cases per day, at least.”

Professor Rabaud said that if nothing changes then according to the projections by his hospital, 500 extra intensive care beds will be occupied by January 1, and more than 5,000 will be occupied come January 22.

On the subject of a lockdown, he said: “[The health situation] does ask the question, but we must also think about the pros and cons, the psychological impact on the population, the feasibility and the acceptability are crucial for the effectiveness of such a measure.”

Covid19: When will Britons be allowed to visit France again?

No cases of new Covid strain identified in France