Covid-19: When will Britons be able to visit France again? 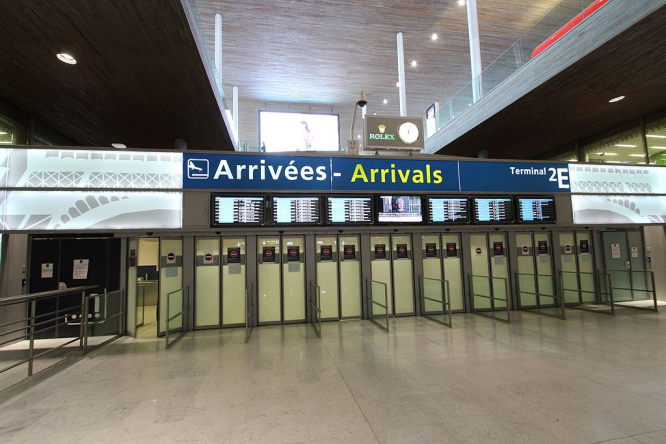 Non-French people can no longer enter France from the UK from January 1 – with the exception of resident foreigners returning home and a few other very limited cases.

This is due to the EU’s mass ban on non-EU countries during the coronavirus pandemic.

Only visitors from Australia, Rwanda, New Zealand, China (if reciprocal), South Korea, Singapore, Thailand and Japan are currently allowed to enter the EU, as these countries are deemed to have the virus under control.

These measures follow and are separate to the 48-hour travel ban France imposed on the UK over the new strain of Covid-19.

As the UK leaves the ‘European area’ on January 1 with Brexit, it is treated as any other non-EU country. Americans have not been able to visit France since March 2020.

British visitors, including second-home owners, were only able to come because of last year’s transition period.

Read more: France-UK travel ban: Can I get a refund for my flight?

The situation is expected to last until the EU opens its external borders. This will be a joint decision of member states when it deems the pandemic is ending, or if cases in the UK reduce to a minimal rate, perhaps as the vaccination campaign is rolled out.

Those affected include families of Britons in France wishing – or needing – to visit. Despite an EU recommendation to the contrary, France has so far not allowed ‘urgent family reasons’ as a justification for visiting.

Interior Ministry officials told The Connexion the rules are under discussion and may evolve.

Chairman of the British Community Committee of France Christopher Chantrey said: “This is very important and the uncertainty doesn’t help at all.”

It will be an “awful situation” if people are unable to visit terminally ill relatives, for example, he said. “It also means that residents of France who plan to travel back to the UK must take proof of being a resident – even if it’s only a gas bill.”

Vice-chair of British in Europe Fiona Godfrey, a British lawyer working in public health in Luxembourg, said: “From speaking to the European Commission, it is correct that British citizens resident in the EU can still come in, but no ordinary visits will be possible for non-residents.

“This is based on an EU recommendation so it is ‘soft law’, but the Commission spent a lot of time in the summer trying to get the member states to agree to follow the same list and exemptions."

Prior to Covid, the worst that could happen to a resident coming back, without proof of residency, was officials would stamp their passport as a Schengen area visitor on arrival in France.

“Now, if you can’t convince them you’re a resident, you may not be able to board the plane."

“I know easyJet, for example, at the start of the lockdown [when similar strict rules were in place before countries’ borders opened inside the European area] were checking documents before boarding.

However, one point clarified to us by the British MPs’ select committee on the Brexit Withdrawal Agreement (WA) is that family members of WA Britons can still join them if they are coming to live with them in France.”

The travel ban list will be reviewed again in January

France can still issue a last-minute exception for UK visitors to bypass the strict entry rules, but until now it has respected the EU’s request for a coordinated approach on this matter.

It means people may only enter freely from outside the European area from a short list of countries where the coronavirus is deemed not to be circulating actively.

The list is reviewed every two weeks by the Council of the European Union on the basis of guidelines it set out last June.

The UK was not placed on the last updated list, which runs into January. The guidelines state that new cases in the last 14 days, per 100,000 of the population, should be close to or below the EU average on June 15, 2020.

The council also looks to see if the trend of new cases is decreasing and if the overall response to the pandemic is exemplary.

The European Centre for Disease Prevention and Control (ECDC) told The Connexion the European average on June 15 was 4.68 cases per 100,000.

The UK is currently shown by the ECDC at 348 cases, compared to 236 cases in France.

Countries on France’s national ‘approved’ visitor list – all on the main EU list – have the following rates:

Spouses and dependents, along with frontline workers, can come into France

To come in from a non-EU/EEA nation not on France’s list, passengers – if they are among the restricted group allowed to visit - must fill in and bring an attestation de déplacement international.

This includes a section to swear on your honour you do not have symptoms of Covid-19. Those able to come in include: French people and their spouses, civil partners and long-term unofficial partners who live with them in France, and their dependent children. The same applies to residents of France of other nationalities.

Other exceptions include EU nationals travelling through France to their home country, other foreign nationals making connecting flights in France to go elsewhere, diplomats, or people taking up posts with international organisations.

Anyone in a serious relationship with a French person here but who is not established as their live-in concubin in France can make a case to consular officials to obtain a laissez-passer to allow a visit. Apart from this, Americans in France have told The Connexion that the rules are strictly applied.

For example, France does not allow non-residents to come in to see relatives in France who are ill, despite the fact the EU recommends allowing entry for 'imperative family reasons'.

Interior Ministry officials told The Connexion the French criteria are under review.

Recommended to get a Covid test before you travel

Those permitted to enter with an attestation must also have had a negative Covid test within 72 hours before arrival if coming from a list of countries in which tests are considered easily available, or must take a test in the airport if coming from elsewhere. They must self-isolate in France if they test positive.

It has not been confirmed which category the UK will be placed in, so obtaining a test would be advisable if you are in a category which can visit.

Related: How do I get a Covid test in UK if visiting from France?

For holidays already booked by UK residents in France this year, cancellations by the customer – even if for a good reason such as Covid-19 restrictions – do not fall under EU guarantees for a refund if the flight, ferry or train still departs.

The European Consumer Centre says it is down to each firm to decide whether or not to make a commercial gesture, such as offering a voucher for a future trip, though a refund is a right if the firm cancels the trip.

Anyone affected should check with their transport provider about its cancellation policy. EasyJet, for example, said it currently offers customers the chance to swap the date of departure for a future date with no change fees but only if you change within 14 days of the original flight.

No other measures are planned by the firm and a spokeswoman said that so far it anticipates no specific changes in routes or frequency due to coronavirus border closures.

Other firms we spoke to also said they have no specific plans in place as yet in reaction to this.

Brittany Ferries said it was awaiting clarification on the rules but did not expect to change availability of sailings. Eurostar said it had managed to operate since March to enable those with “essential travel needs” to travel despite various restriction and it will monitor demand and adapt its timetable if necessary.

There had been doubt about legal frameworks for allowing commercial flights between the UK and EU in the event of no deal. The EU has now issued contingency plans for basic road and air connectivity, which the UK has said are acceptable.

These would last for six months, pending discussions about rules moving forward.

Can our son in the UK visit us in France for Christmas?