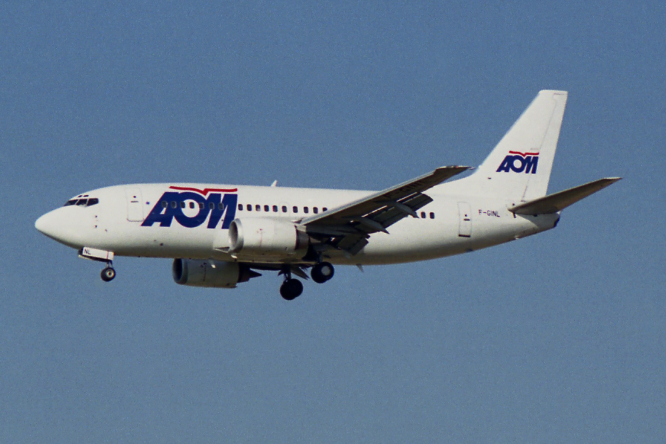 The head of French airline industry body Fnam, Georges Daher, has told The Connexion that international Covid passports for air passengers are an excellent idea but admitted it could be complicated to organise globally.

A “Covid passport” would allow passengers to easily show information related to their health history concerning coronavirus in a safe and private manner.

There are several associations, such as the International Air Transport Association (IATA), currently developing passes.

Mr Daher said that anything that is “a uniform measure” is welcome. He said airlines are particularly in favour of a system such as Covid passports at a European level.

He said that worldwide, it is more complicated.

“To get the US, South American, China, other Asian countries, European countries... to agree, is not easy,” he said.

“But clearly, the most efficient would be that measures are taken globally.

“There should not be some countries demanding antigen tests, some a PCR test, some a vaccination… All that will not reassure passengers. But harmonisation is complicated.

“The ideal is that there are international measures and a Covid passport is an excellent idea if we can set it up in an acceptable time frame,” he said.

He also said that French airlines are open to the idea of a Covid vaccination being obligatory for passengers wishing to take flights.

“If it is the condition that means that customers can have confidence again in taking flights, we are not against it,” he said.

“However, we hope it will not be an obstacle to air travel restarting.

“The vaccine could be more effective longer-term than tests, which you have to get each time you travel.”

He said that the decision was not for the airlines to take and that they would follow advice from the government and Europe.

“We don’t want there to be inconsistencies between the different airlines,” he said.

The CEO of Australia’s largest airline Qantas has said that its passengers will be required to have a vaccine against Covid-19.

Mr Djebbari said he felt the company had spoken “a little too quickly” and that the idea had not been supported by the Australian government.

“It’s not an airline or a rail operator that decides whether or not vaccines are compulsory, it’s the health and government authorities,” he said.

In a speech on November 24, President Emmanuel Macron said that any Covid-19 vaccine would not be made mandatory.

Mr Daher said that from the airlines' point of view, they believe there is more than one solution.

“Maybe in one or two years we will see that the vaccine is more or less efficient and that will be what we rely on and so, all good,” he said.

“Short term, we are taking small steps and all measures that can be put in place - whether it is wearing masks, cleaning aeroplanes, hydro-alcoholic gel, vaccinations, PCR tests, antigen tests, social distancing - to prevent the virus spreading and to reassure customers.”

“We are favourable to any measure that can help reduce the risk of the virus spreading and the contamination of passengers,” he said.

The International Air Transport Association (IATA) has stated that it is in the final development stage of creating a “digital health pass that will support the safe reopening of borders”.

It is called the IATA Travel Pass and will hold information on what tests, vaccines and other measures are required to travel, as well as giving passengers the ability to share their test and vaccination results in a safe and “privacy-protecting” manner.

“In the immediate term that means giving governments confidence that systematic COVID-19 testing can work as a replacement for quarantine requirements. And that will eventually develop into a vaccine program.

“The IATA Travel Pass is a solution for both,” he said.

The first cross-border IATA Travel Pass pilot is scheduled for later this year and the launch for the beginning of 2021.

There are other global passes too. One, CommonPass, is being developed by non-governmental organisation, The Commons Project Foundation, and is supported by the World Economic Forum.

The World Economic Forum said of it:

“CommonPass aims to develop and launch a standard global model to enable people to securely document and present their COVID-19 status (either as test results or an eventual vaccination status) to facilitate international travel and border crossing while keeping their health information private.”

The CommonPass mobile phone application has already been tested on flights between London and New York.

Another idea being floated is an “immunity passport”, which would provide people with a document that proves they have developed antibodies to Covid-19.

Paris mayor Anne Hidalgo spoke about it as an option in April, 2020.

However, the World Health Organisation has stated that the idea that a one-off infection can lead to permanent immunity is still unproven and unreliable.

A recent study has shown that the Modern Covid-19 vaccine causes the human immune system to produce potent antibodies that endure for at least three months after the second dose of the vaccine.

Further studies are required to determine if the immunity will last longer.

Mr Daher said that France’s second lockdown has been a “huge blow” to airlines.

After a promising summer, they were hoping to reach up to 70% of the activity recorded in 2019 for the Autumn of 2020. Instead, due to the second wave of Covid-19 and related restrictions, they recorded only around 30%.

“The second wave demoralised the airlines a little,” he said.

But the vaccine has brought new hope.

“We expect to see a return to an acceptable level of air travel from around June or July next year,” he said.

He said he hopes this will be even sooner on a European level, including between EU countries and the UK.

He holds the same hope for travel between Europe and the US, but is unsure about travel to Asian countries for now.

He is predicting that air travel for tourism reasons will pick up again sooner than business travel, as companies may still be worried about sending employees abroad.