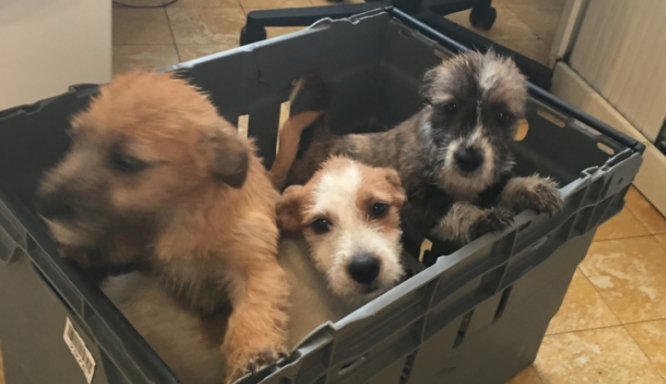 The Ligue Protectrice des Animaux du Nord published the alert on its Facebook page this week, prompted by the abandonment of yet another dog left tied to a fence.

The dog was left with a note from its owner, who justified the actions by saying that the animal did not get on well with another dog that they had just bought.

The LPA said that since May 1 this year, there have been 490 abandoned kittens recorded in the Roubaix (Nord, Hauts-de-France) area, a number that is about the same as that seen last year, it said.

This equals around 20-25 per day, with many of the cats in good health. The LPA must keep each healthy cat for at least eight days, after which they are often forced to euthanise the animals if no-one comes forward as an owner.

Cristina Devulder, communications manager at la Ligue Protectrice des Animaux du Nord de France (LPA-NF), said that she had “had enough” of these abandonments that happen “daily”, and spoke of “psychological and emotional saturation” that had caused the company to raise the alert.

She wrote: “So many abandonments, which together push us to the end of our tether! We are not talking about our first ‘gift’ of this kind. Sometimes it is even more ‘fun’, with a bag of kittens, a box of rabbits, a crate of puppies or even some dogs tied to a fence - that’s a classic.”

She added: “You may say, ‘Yes, but at least people dropped off [the animals] somewhere they knew they would be taken care of, where people who love animals will do everything they can to look after them and find a new family’, and yes, it is better than leaving your pets in a forest or in a random area.

In a further comment, Ms Devulder said: “It seems that people do not realise the impact of this kind of abandonment. Leaving animals in front of refuges does not help and makes our work harder. We do not know their history, their medical records, their behaviour.

“Some may have been abandoned because they do not behave well around children, for example, which is indispensable knowledge for us when we later look to put up the animal for adoption.”

The LPA said that the best thing to do in such cases would be to speak to staff at the refuge.

Ms Devulder said: “We listen to people no matter what they reasons for letting go of the animal, because it allows us to gather more precious information [that will help with] their future adoption.”

The LPA also warned that many cats who appear to be “lost” may in fact be able to find their way home in a few days.

It advised that if you find a cat who seems healthy, or has a collar, and is not afraid of humans, do not pick it up or keep it inside your house, and do not feed it.

It is likely that it is simply lost, and will be able to find its own way home quickly. Feeding it may cause it to become confused or to stay near your home for longer than it otherwise would.

13 hours ago
4
If France is not on UK's green top travel list when is next review?