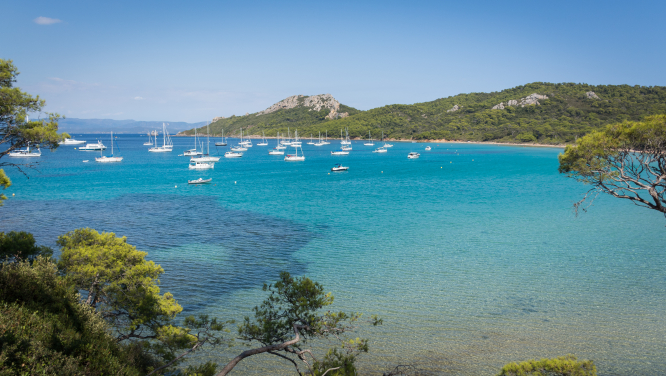 Wait time for a boat to the island from the French mainland can take up to three hours.
By Joanna York

Packed restaurants and bars, reduced space on beaches (which are already small due to rising sea levels), long waits to see attractions, and sold out bike rentals are some of the issues facing tourists who have visited the island of Porquerolles this summer.

In addition, queues for a boat to the island from the nearby Giens peninsula (Hyères) can be up to 300 meters long, and take up to three hours.

The island, which has nearly 10,000 inhabitants and is part of the Port Cros national park, now risks being overrun by summer visitors.

Speaking to news source Le Figaro, David Pesce, an ice-cream seller, said: “I have never seen such crowds in July and August.”

Due to the Covid-19 crisis, 70% of French residents who would normally travel overseas in summer have stayed at home, and many have chosen to holiday in France instead.

Measures to reduce tourism being considered

Local mayor Jean-Pierre Giran says authorities are aware that over-tourism is a problem. He told Le Figaro: “For three years we have been working on over-tourism on the island.

Measures being considered include closing boat routes from the Giens peninsula when car parks are full, or raising prices for ferry crossings. Neither option is favoured by Mr Giran, who said: “I consider these types of quotas totally arbitrary and undemocratic.”

Consequently, the mayor is proposing modifications to local authorities and boat companies. These include using a fixed time table for boat crossings and not increasing journeys when tourist numbers rise in summer.

These measures, he hopes, will help restrict visitor numbers to 4,000 per day.

A guide to cruising around France: where to go, what to see