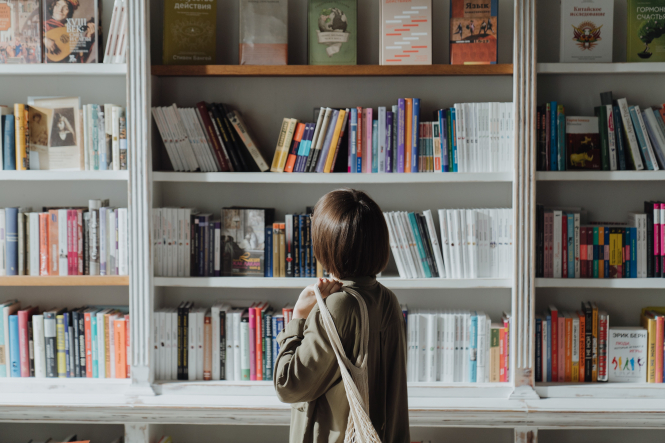 Over 3,000 independent bookshops in France have been closed since the second national lockdown began on Friday, October 30 - despite protesting that they should be allowed to remain open to readers who need them.

In a statement released on October 29, bookshop unions wrote that closing bookshops again would “injure the heart of the whole book industry” in France.

They said: “Local bookshops all over the country are organised and well-equipped. They can welcome readers perfectly well in the context of the new lockdown, in conditions that are proven to be safe.”

Despite this Prime Minister Jean Castex confirmed that they would stay closed during confinement in a televised interview on news channel TF1 on November 2.

He said it was “not the moment to go back on the announced measures” including closing non-essential shops, as it was “still far too early” to do so.

While bookshops are not the only non-essential shops that have been forced to close, their fate has received a lot of attention in France.

Former President François Hollande defended bookshops' right to stay open in an interview on radio station Europe 1, on October 29. He said: “I was in a bookshop yesterday. It’s a place where health rules can be perfectly well respected.

Mayor of Paris Anne Hidalgo has also spoken out in support of bookshops in the French capital. In light of the second confinement in France she described them as “more essential than ever for maintaining social connections and fighting against the effects of isolation.”

Almost a third of all independent bookshops in France are in Ile-de-France, and 700 are in Paris itself.

Along with Culture Minister Roselyne Bachelot, Ms Hidalgo urged people to avoid using platforms such as Amazon to buy books and instead to order products directly from local shops.

Bookshops loved and protected in France

In Germany, Italy, Belgium, Austria and Switzerland bookshops have remained open, even though these countries are facing lockdowns similar to France.

In the UK and Spain they are to remain closed, but this does not seem to be causing the same level of indignation as in France.

In France bookshops are treasured; the country has around 3,200 independent bookstores, which is more than the entire United States. In the UK, the number fell below 1,000 in 2014.

France's total is largely due to the Lang Law passed in 1981 ensuring that large chains and online providers cannot undercut prices of independent bookstores.

While independent bookshops are closed, the prestigious book prize Le Goncourt has been postponed in solidarity with shop owners. The winner is usually announced in November and results in a significant boost in book sales in France.

The prize committee said in a statement: “The academics will not name the Goncourt prize that was set to be announced Tuesday, November 10, while bookshops remain closed.”

One of the most famous bookshops in Paris is the Shakespeare and Company English language bookshop, which has seen sales fall 80% since March last year, and has found itself unable to cover rent payments despite government help.

The historical bookshop has now called on loyal customers to come to its aid. In a statement posted on its website last week the shop owners wrote: “It is true that, like many independent businesses, we are struggling, trying to see a way forward during this time when we've been operating at a loss.”

The shop encouraged customers to order online, and has since updated the message thanking customers for the “huge number of orders” they have received from around the world.

⠀ We’ve been incredibly touched by the response of our friends and fellow readers around the world to our newsletter and social media posts. We hadn’t even dared to imagine the outpouring of love and support that we would receive! Our website purchases jumped from our previous average of six orders a day to hundreds (one day even more than a thousand)! Because of you, this year’s October sales will almost match the level of 2019. THANK YOU! ⠀ Due to the overwhelming increase in order fulfilment—coupled with France's having just entered its second lockdown—it will take us longer than usual to ship your order and to reply to any email queries. ⠀ ⠀ Rest assured, those of our booksellers who are still able to come to the shop are working flat out, and we will let you know by email as soon as your order is dispatched. ⠀ ⠀ Thank you once more and again for your support during this difficult time. It means the world to us.⠀ ⠀ with love & hope, ⠀ Shakespeare and Company

A post shared by Shakespeare and Company, Paris (@shakespeareandcoparis) on Nov 3, 2020 at 7:33am PST

Shakespeare and Company has been open since 1951 and counts writers F. Scott Fitzgerald and Ernest Hemmingway among its famous customers.