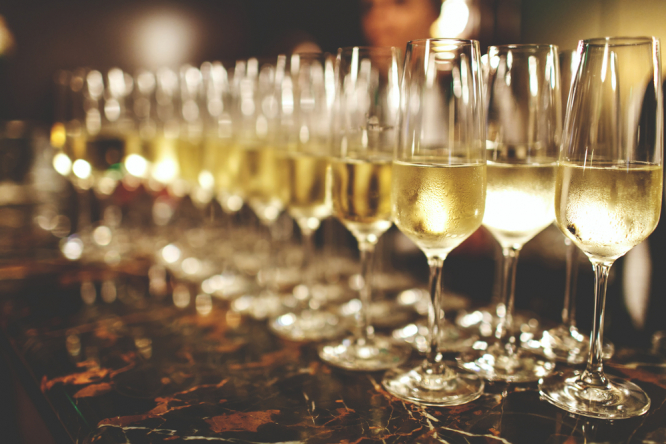 French champagne’s trade body has called on Europe to intervene after President Vladimir Putin signed a law saying only Russian winegrowers could sell wine labelled “Champagne” in Russia, and French champagne will be classified as “sparkling wine.”

Russian wine producers have ignored international laws and labelled their sparkling wine as ‘champagne’ since the Soviet era.

The Comité champagne said the new law, while allowing French champagne to continue to use the word Champagne on its labels, refused to allow them to use the Russian translation, Shampanskoe, and obliged the wine to be called “sparkling wine” in the Cyrillic alphabet.

The new law was signed as a deadline approaches for Russian crémants (sparkling wines made using champagne methods) to stop using the word ‘Champagne” on their labels.

The order was made after the Comité Interprofessionnel du Vin de Champagne won a legal battle in 2010.

“To deny the Champenois the right to use the name “Champagne” in Cyrillic is scandalous,” the Comité’s co-presidents, Maxime Toubart and Jean-Marie Barillére, told The Connexion in a statement.

“It is our common heritage and the apple of our eye.”

The statement added: “This rule will not give Russian consumers clear and transparent information over the origin and characteristics of the wine.”

In a call for diplomatic action from both France and the EU, it added that the new law brought into question 20 years of work between Russia and the EU over the protection of appellations d’origine.

The Comité Champagne urged all Champagne houses to boycott Russia until the matter is resolved.

LVMH, the company which sells Dom Pérignon, Ruinart, Moët & Chandon, Veuve Clicquot, Krug and Mercier champagnes, has reportedly already sent a letter to its Russian distributors saying it will no longer sell its champagnes in Russia as a result.

The company did not respond to requests for information from The Connexion, but Sud Ouest newspaper reported that it received a confirmation from AST, one of the biggest wholesalers of wines and spirits in Russia.

Read more: The best champagnes to buy in France

Last year 245million bottles of champagne were exported globally, a fall of 16% compared to 2019, with the fall being attributed to the Covid crisis.

Comité Champagne is usually active in the courts to stop anyone using the word ‘champagne’ to sell sparkling wine, if the wine is not from grapes grown in the AOC Champagne designated region.

It has agreements over the use of Champagne in 120 countries.

One of its latest victories came last month. After a 20-year court battle, winegrowers from the Swiss village of Champagne were prevented from selling their still wine labelled vin du commune de Champagne.

Charles Goemaere, the managing director of the Comité de Champagne, told Connexion then that legal action was necessary to protect the livelihoods of the 20,000 growers and other workers who made the famous French wine.