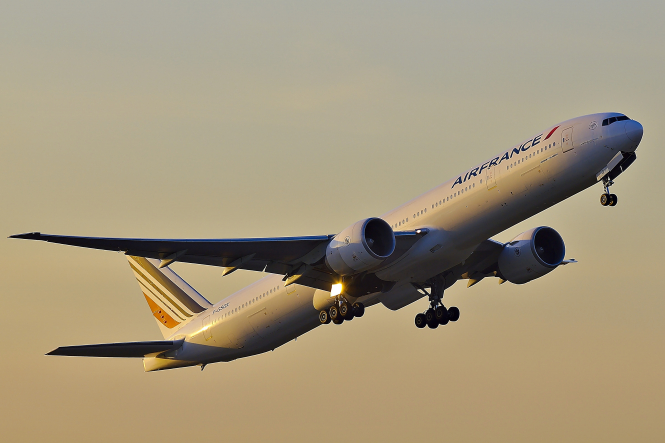 The new rules would stop Air France and other airlines running flights between some destinations in France Pic: Daniel Eledut / Unsplash

MPs voted in favour of suspending several internal flight paths in France if the journey can be completed by train within two and a half hours instead.

Suspended lines will include flights between Paris (Orly) and Nantes, Lyon and Bordeaux; although connecting flights between these destinations will still run as part of longer journeys.

The full details of the new measures are yet to be published, but may also target Paris-Rennes and Lyon-Marseille flight routes.

They will apply to existing scheduled flights, and some domestic flights that were to be introduced by Air France.

After the routes have been stopped, competing airlines will not be allowed to fill the gap in the market by reintroducing them.

The measures must pass through the Senate before becoming law, but they are expected to be introduced from September 2021.

The new measures were originally proposed by the French Citizens’ climate body, which wanted to ban all internal flights if the same journey could be done within four hours by train.

Following the vote, Transport Minister Jean-Baptiste Djebbari said: “Parliament chose the two-and-a-half-hour limit for train journeys, as four hours would restrict access to areas that are often isolated, such as the Massif central. It would cause inequalities across the country.”

But some MPs were in favour of the four-hour rule.

Danièle Obono, MP for the 17th arrondissement in Paris, said it would be more effective as it would ban “the most polluting” journeys, including Paris-Nice, Paris-Toulouse, and Paris-Marseille.

MPs in south-west France against law

The vote passed after an animated debate with 56 MPs in favour and 14 against, on April 10.

Many MPs from the south-west, home to Airbus and subcontractors in the flight industry, were against the measures.

MP for Vienne, Nicolas Turquois, opposed them as he said the “airline industry was already doing very badly” as a result of the health crisis.

And Joël Aviragnet, MP for Haute-Garonne, said there would be a “disproportionate human cost” if jobs in the aeronautical industry were lost.

EU rules airlines must pay for flights impacted by strikes