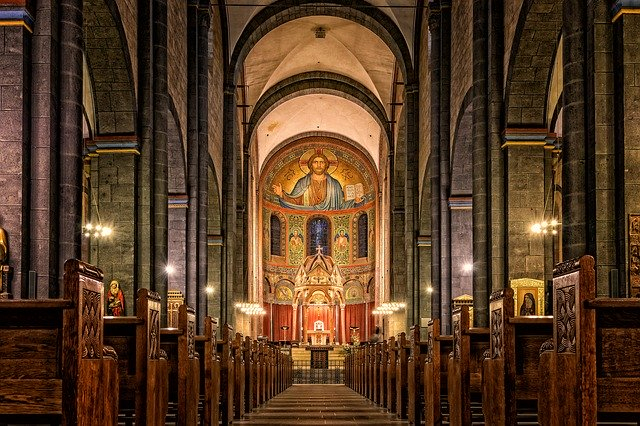 The Conseil d’Etat says the current ban is illegal, disproportionate and an infringement of the freedom of worship in France.

It asks the government to lift the ban on religious celebrations and gatherings at mosques, churches, synagogues, and other religious sites.

This decision does not mean necessarily that services will open to the public again but that the government must be more precise in its conditions to the ban. A general ban will not be accepted.

The Conseil d’Etat considers that, as gatherings in public places have been limited to 10 persons, there is no reason to impose a stricter rule on religious buildings.

Twelve catholic organisations asked for the lift of the ban as it was considered unfair. Catholics, priests and bishops said it was "discrimination". They did not understand why public activities were allowed from May 11, especially commercial ones, while religious gatherings, even with precautions, remained prohibited.

The decree issued by the government for the deconfinement on May 11 prohibits all gatherings or meetings in places of worship, with the exception of funeral ceremonies, which are limited to 20 people.

Religious buildings are allowed to remain open, but gatherings are not permitted except for funeral ceremonies. Masses are allowed but they must be undertaken without the presence of a congregation and by respecting barrier gestures. Some ceremonies are broadcast live on internet.

Mosques and synagogues are closed since the beginning of confinement.

President of the French Council of the Muslim Faith, Mohammed Moussaoui said: "No Muslim federation leader wants to reopen for the end of Ramadan, on May 24, we are all aiming for a very gradual resumption."

France's chief rabbi, Haïm Korsia said: "Our only obsession is not to put the faithful at risk."

No information has been given yet on the future conditions of religious gatherings, on the number of people allowed, and on an effective date. .

The Prime Minister has been given eight days to amend the decree and take measures which are “appropriate” to regulate gatherings and meetings in religious places.