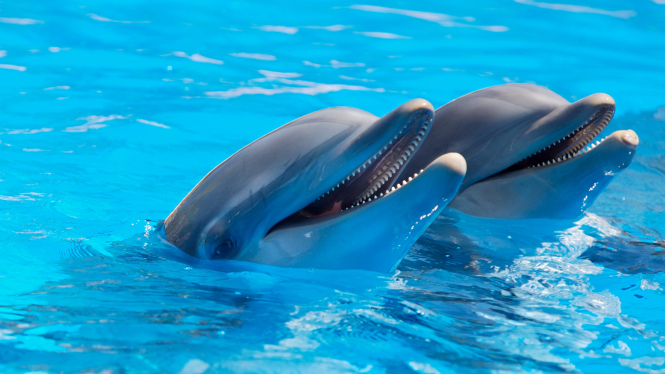 The proposed law could ban the buying and breeding of marine mammals to be kept in captivity, including dolphins and whales
By Joanna York

French MPs are to discuss a potential new law against animal mistreatment in parliament this week - with 400 amendments to the suggested law already proposed.

The proposed law would target mistreatment of domestic animals - including the abandonment of cats and dogs, and also the issue of wild animals in captivity, such as the buying and breeding of dolphins and whales in aquariums, and wild animals in circuses, fairs and television shows.

MP for LREM and proponent of the new law, Laëtitia Romeiro Dias, told news source FranceInfo: “A proposal for a law is only of interest if it gets passed. Touching on hunting and animal farming would only ensure the law was blocked by the Senate."

Critics have already said they do not think the new law goes far enough, but co-author of the law and LREM MP Loïc Dombreval said he hoped it would act as a “Trojan horse” to pass stronger laws in the future. “It is via [passing laws on] domestic animals that we will accelerate awareness of animal mistreatment”, he said.

Abandonment of pets is a big issue in France which has the highest animal abandonment rates in Europe.

The new law would target regulations around buying domestic animals, including potentially introducing a "certificate of understanding" (attestation de connaissance) that would inform new pet owners of their responsibilities. The certificate would need to be signed before an animal can be bought.

Legal action, which can be taken when cases of animal mistreatment go to court, may also be strengthened under the new law. As well as introducing fines of €75,000 and up to five years in prison, it has been suggested that people found guilty of such crimes could be put on a list that would prevent them from owning animals in the future.

Vets may also be allowed to waive their duty of professional secrecy in instances where they know illegal acts against animals have taken place.

One of the main questions to be discussed in terms of animals in captivity, is where existing animals will go if aquariums and circuses are no longer allowed to house them.

Animal protection group "C’est assez ("That's enough")!" has called for national sanctuaries to be created to house the 30 marine mammals that are currently in captivity in France.

But theme park Parc Asterix, near Paris, already has alternative plans for its eight dolphins and five sea lions, which are to be sent to dolphinariums in Europe before the park’s planned Spring opening on April 3.

Director General of the park Nicolas Kremer told newspaper Le Parisien: “We have been thinking about doing this for some years. I think the decisions [to move the animals] was taken three years ago.”

He said that moving the animals was “the best decision to assure them a good quality of life. Reintroducing them into the wild is impossible for animals raised in captivity".

Mr Kremer also denied accusations of mistreatment against the dolphins, calling the allegations “traumatising for the whole team of carers, scientists and all employees in the park”.

Dolphins have been one of the main attractions at the Parc Asterix since it opened in 1989, but Mr Kremer said the park has always primarily been a theme park, not a zoo. “We are going to re-centre on our main activity,” he said.