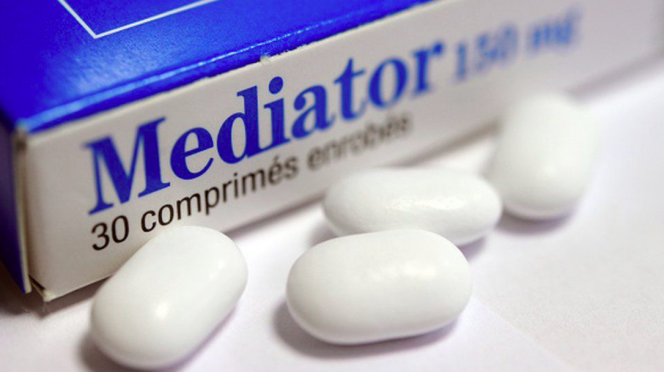 French pharmaceutical laboratory Servier has been found guilty of manslaughter and deception by French courts over a weight loss drug it produced which has been linked to the deaths of up to 2,000 people.

Servier was fined €2.7 million at the end of an unusually long trial which entailed 517 hours in court and was spread over 18 months due to the pandemic.

The trial involved over 6,500 plaintiffs who initiated the case against the pharmaceutical company.

It ended yesterday (March 29), with lead magistrate, Sylvie Daunis, saying: “Despite the knowledge that it had of the risks over many years [Servier] never took the measures necessary.”

Drug sold in France for over three decades

The Mediator drug was originally sold as a treatment for Type 2 Diabetes, but was also widely prescribed as an appetite suppressant to help people lose weight.

In the 1990s concerns were raised over the possible harmful effects of the drug, which was eventually found to cause fatal heart-valve damage and high blood pressure in the blood vessels that supply the lungs.

But it was only taken off the French market in 2009, after being in circulation for 33 years, and used to treat over five million people.

The magistrate said the Mediator case was of a “considerable and unprecedented scale”, and had a significant impact in terms of “weakening confidence in the French health system”.

Laboratory to pay millions in fines

Servier was not found guilty of fraud over the sale of the drug, but was ordered to pay compensation to victims who filed damages, which could amount to €180 million according to initial calculations from lawyers.

Jean-Philippe Seta, former executive at Servier, was sentenced to a four-year suspended jail sentence and a fine of €90,600.

Jacques Servier, founder and president of Servier, died in 2014.

The court said that the agency had “failed in its role as the police of health and medicine” in France.

Dozens of victims went to court for the ruling, as did Dr Irène Frachon, the lung specialist who first alerted people to the dangers of the drug in 2009.

Dr Frachon said: “The trial has confirmed what I’ve been saying for 14 years: Mediator was a dangerous drug, Servier knew that and knowingly misled millions of consumers.”

While pleased with the overall result, she said that the sanctions given were “weak” and showed the legal framework’s inability to punish crimes on this scale.

Lisa Boussinot, whose mother died in 2004 after taking Mediator, said: “I’m satisfied that justice has been done and that there were legal sanctions, even if they could have been more significant.

“I feel recognised as a victim.”

Her lawyer, Charles Joseph-Oudin, was less satisfied. He said: “Servier have been given a fine of €2.7 million when they make €10 million per day.”

He called the fines “extremely light” compared with the profits made by the company from sales of Mediator - after the dangers had been highlighted by Dr Frachon - which he estimated to be €400 million over 14 years.