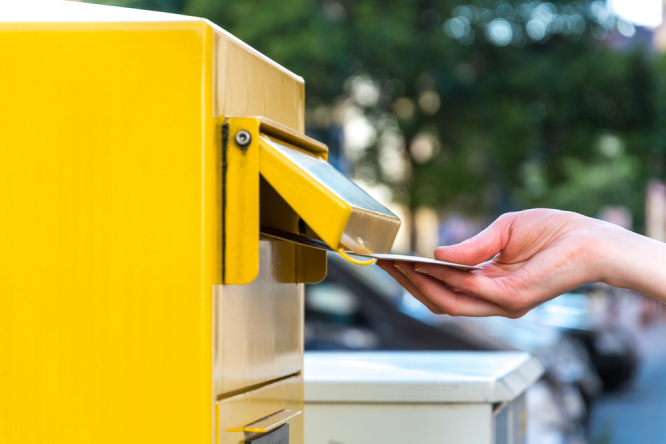 The total amount of post sent in France fell by 18% in 2020 Pic: Asvolas / Shutterstock

The French postal service is to slow down delivery times by one day for second class letters (lettres verts) in a bid to combat deficits accentuated by the Covid-19 health crisis.

The new delivery options – expected to be in place by 2023 – will give the choice of sending letters that will arrive within three days rather than two days as now, and is expected to save La Poste €400million per year.

This comes following a reduction in demand for postal services, which was amplified during the health crisis.

First class letters (lettres prioritaires) are the fastest option that La Poste provides for sending a letter. These arrive within one working day within France and two or three days within Europe.

The total amount of post sent fell by 18% in 2020, during the health crisis. In the same year, La Poste’s deficit rose to a record €1.3billion.

This deficit is expected to hover at around €1billion if no action is taken.

Government to give €500million per year

The government also plans to give financial support to La Poste. As well as being a postal service, the company also has banking and logistics arms and even offers services such as checking up on vulnerable people.

Read more: La Poste staff will check up on your relatives

Prime Minister Jean Castex said that €500million-520million would be given to La Poste in 2022 to “compensate for additional charges paid by the company in 2021”.

Similar amounts will be given on an annual basis.

Funds of €174million already allocated to La Poste for land development will also be “maintained”, but the government has said the renewal of the company’s contract as a service provider for the 2023-25 period must be negotiated.

The French postal service first fell into debt in 2018. Now, Mr Castex said: “The financial balance of La Poste has structurally broken down.”