French regions race to fund TGV with €4.1bn before 2022 elections 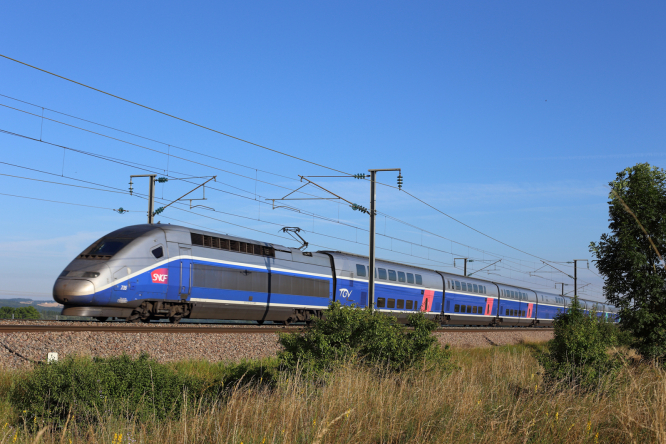 TGV lines are planned from Bordeaux to Toulouse but also Dax and Spain Pic: CIS / Shutterstock

A TGV from Bordeaux to Toulouse in one hour and four hours from Paris could go ahead – if regions win a race against time to find €4.1billion to match government funding.

The 220km project – 30 years in the planning – has faced strong opposition from Green groups but Prime Minister Jean Castex’s promise earlier this year to fund €4.1billion of the €8.8billion cost has given it new life.

However, they know the offer is valid only until presidential and parliamentary elections next spring.

A new government would not be bound by the pledge, which includes asking the EU to fund up to 20%

The plan is in two parts, Bordeaux to Toulouse then a new line from Captieux, Gironde, to Dax and San Sébastian, Spain. Part of the first phase gives local line updates south of Bordeaux and north of Toulouse and new TGV stations at Agen and Montauban.

It will cut travel time from Bordeaux to Toulouse to little over an hour, from the existing two hours, and put Toulouse under four hours from Paris.

Funding it means the councils are setting up a clash with the green EELV party, which fiercely opposes the line, and which has Pierre Hurmic as mayor in Bordeaux. “We are totally against spending this sort of money on a highspeed line when, for between €2bn and €3bn spent on the existing line, you get a train arriving just 15 minutes slower than a TGV, said EELV regional council leader Nicolas Thierry.

“With the money saved we could spend on the local trains which people used to use to get to work but which have now been abandoned by SNCF.”

He added: “The LGV will cause the loss of 3,000 hectares of agricultural land, and destroy natural resources – it is totally unnecessary and destructive.”

The search for funding comes after the public/private model used by the Sarkozy government to build the high speed line between Tours and Bordeaux, proved costly.

High rents to the private consortium which part funded it have prompted SNCF to reduce services although the Bordeaux Paris TGV is the main beneficiary of the government’s ban on airlines flying between French cities within a two-and-a-half hour train trip of each other. Alain Rousset, Nouvelle Aquitaine region president, said the Bordeaux-Paris line was a success, especially with young people, and a southern link would allow more switching of freight to rail, taking 10,000 trucks off Bordeaux roads.

Since the gilets jaunes protests, the government has said the SNCF’s all- TGV policy needs to change as it leaves large swathes of rural areas with no rail services.

Mr Castex, who has his political base in the Pyrenees, feels that filling gaps in the TGV network will not be seen as going back on political promises.

For the EELV, Mr Thierry said upgrading the present line by redesigning curves so trains can go faster and straightening other sections would make significant improvements.