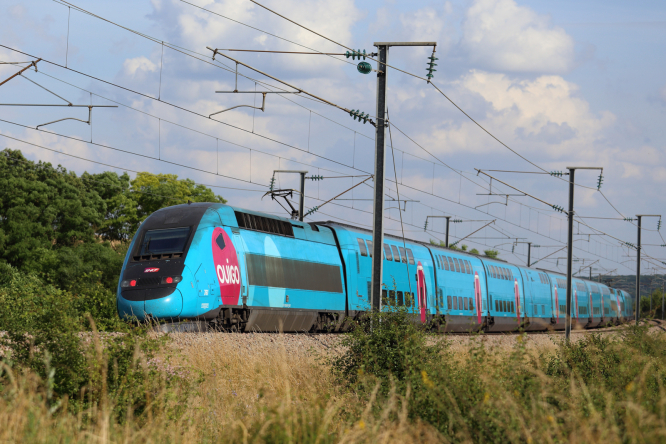 New lines will be added between Paris and Quimper, Brest and La Rochelle. Pic: ClS / Shutterstock

SNCF is to expand the range of destinations on its low-cost Ouigo train network in France and Spain.

Ouigo was launched in 2013 as a cheaper – and slower – alternative to high-speed TGV trains that travel between French cities.

The service has proved popular with more than 70 million people in France using it in the past eight years.

Now SNCF aims to increase traffic by 25% by 2025, and reach 25 million customers a year by 2023, by adding new routes and destinations to its network.

New ticket options and destinations for Ouigo in France

One of the most popular features of the current Ouigo offering allows passengers to choose their seat for a fee, with 30% of clients choosing to do so.

Customers can also pay to add extra baggage or to have access to Wi-Fi on board the train.

From October 6, Ouigo trains will offer a new ticketing option that gives customers the option to choose their seat, get Wi-Fi access and priority boarding for a fixed price of €7 per adult and for free for passengers under 12.

From the end of 2021, the service will also expand its seasonal and regular network with more destinations.

From 2023, these will include daily return services all year round from the centre of Paris to Quimper and Brest (via Saint-Brieuc, Guingamp and Morlaix) in Brittany.

A new line from Paris to La Rochelle will also be launched, and seasonal trains to Perpignan will be introduced in the second quarter of 2023 until the end of the year.

From spring 2022, a new service of pink trains will be added on existing major lines between Paris-Lyon and Paris-Nantes.

After introducing a line between Barcelona and Madrid – which has proven popular, with 500,000 passengers since it was introduced in May 2021 – SNCF is also set to expand its Spanish Ouigo network.

In spring 2022, the existing line will be extended to Valencia and Alicante, followed by Seville, Malaga, and Cordoba in 2023.

The number of train carriages operating on the network will rise from 38 to 50, with the new carriages holding extra passengers.

Existing carriages will be renovated with new seats, plug points for each passenger, and spaces for bikes added between 2025-2027.

The new SNCF Ouigo routes come as new providers are set to begin offering services on the French train network, and are expected to make services more competitive.

In October, Italian provider Thello will launch a TGV service between Paris, Lyon, and Milan with two daily trains.

And at the end of the year, Spanish company Renfe will introduce five daily return trains between Lyon and Marseille.

How do train fares in France compare internationally?

Train fares in Europe vary widely, and prices depend heavily on how far in advance you are booking, what time of day you are travelling, and the service you choose.

Headlines often claim that the UK has the “highest fares in Europe”, and that France compares well, but this does depend on a range of factors.

Leading train blogger and expert, Mark Smith, who runs the international train website The Man in Seat 61, conducted his own research on ticket prices in Europe to make as fair a comparison as possible.

He compared similar journeys in the UK, France, Italy, and Germany, each of around 250km.

In three of the four categories, France came out cheapest, or possibly cheapest, when travelling on a slow TER train.

France may yet become cheaper once the new Ouigo services are introduced.

Full comparison by The Man in Seat 61

Cheapest if booked a month in advance for midday train: UK

Cheapest if booking midday train for tomorrow: UK or France, depending on the service chosen (French TER cheapest).

Cheapest if buying ticket at the station to travel today during peak business times: France, if TER train chosen.

40 years of TGV: the train that changed the face of French rail travel