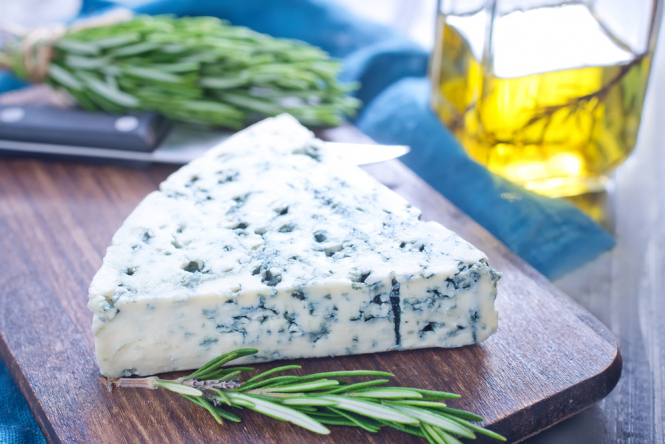 Producers say the rating system does not recognise the good nutritional qualities of cheese including calcium and protein Pic: Gayvoronskaya_Yana / Shutterstock

Roquefort cheese has been given a Nutri-score rating of E, prompting producers to call for a re-evaluation of the food rating system.

The Nutri-score system, introduced in France in 2017, gives food packaging a label that is meant to quickly and simply show consumers how healthy and nutritious the food is.

The labels use a colour and alphabet-graded scale that runs from A, or green, for the healthiest foods, to E, or red, for the least healthy foods.

Roquefort cheese has been given a Nutri-score grade of E, as it ranks highly for fat, saturated fat and salt.

This rating puts it on a par with crisps and fizzy drinks.

Producers of the famous cheese are fighting the assessment, saying the Nutri-score system has not been adapted to their product.

“Cheeses provide 19% of calcium and 8% of protein. They have real nutritional qualities, but the message is confused by the simplistic Nutri-score colour system.”

Mr Vignette also pointed out that Roquefort, produced in Occitanie, has been an Appellation d’Origine Protégée (AOP) product since 1925.

AOP labelling is given to heritage French products that must be produced in precise conditions in order to respect traditions.

Mr Vignette said: “This means that we cannot change our recipes. So, what can we do to have a good Nutri-score? Use skimmed milk and preservatives instead of salt? Then it wouldn’t be Roquefort.”

A product’s Nutri-score rating can have a real impact on whether or not consumers buy it, market measurement firm Nielsen found.

Around 18% of people in France said they use Nutri-scores to assess how healthy products are.

The Nutri-score smartphone app is also increasingly popular in France, and some consumer organisations have even called for products with lower ratings to be banned from advertising their products to young children.

Since being adopted in France the Nutri-score system has also been adopted in Germany, the Netherlands, Belgium and Spain, and recommended by the European Commission and World Health Organisation.

The labels are currently used on a voluntary basis in France, with supermarkets and food producers able to choose whether or not put a Nutri-score rating on products.

But in 2022, the European Union wants to introduce an equivalent food rating system to be used in all member states.

Before this happens, Roquefort producers are keen for their cheese to be re-evaluated so it is not branded as unhealthy throughout the EU.

Mr Vignette said: “The idea of guiding customers towards healthier, more sustainable choices is a good one. And no one could be against the idea of industrial agricultural producers developing their recipes to be healthier.

“But [our processes] change our ingredients very little. Our cheese is made from raw milk and salt for preservation.”