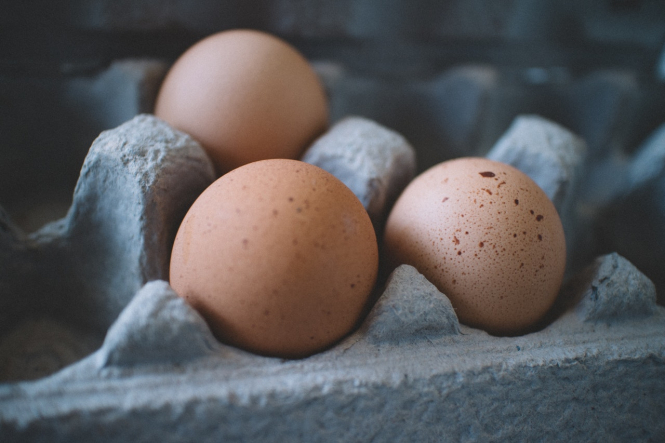 The technology sorts the eggs by sex, with the female eggs continuing to be incubated so they will hatch into chickens
By Hannah Thompson

Technology being developed in France could soon tell the sex of future chicks before they hatch to avoid the slaughter of the 45 million males currently killed every year in the country.

Around 300 million chick “brothers” are estimated to be killed in the EU each year, of which 45 million are slaughtered in France. This is because they will not lay eggs, and are not the right breed to be grown into chickens for meat. France is set to outlaw this practice this year.

One year ago, the government promised that it would ban the practice “by the end of 2021”.

Read more: Ban on chick culling in France by the end of 2021

As a result, new technology being developed in Brittany is working to determine the sex of the eventual chicks while still in-ovo, to avoid the males from developing into chickens only to be killed soon after hatching.

The technology sorts the eggs by sex, with the female eggs continuing to be incubated so they will hatch into chickens that will produce eggs for eating; and the male eggs going to be processed into animal feed.

Germany has already outlawed the practice, calling it unethical. France has been considering the question since 2014, after animal welfare group L214 published a video showing male chicks being suffocated in a rubbish bag.

The Agriculture Minister told the Agence France-Presse: “We have now set the objective and we are working with the industry, which is set to present its plans to end the practice imminently.”

But Agathe Gignoux, manager at farming animal welfare group CIWF France said: “We are waiting for the legislative context to be confirmed, so that this doesn’t stay as just an [empty] announcement.”

The group has also said it regrets that another solution is not being considered; that of developing breeds so that the females would continue to lay eggs, but the males could still be used for meat. Currently, the chicken meat industry uses different varieties to the laying industry.

The government had invested €4.3 million in a Vendee company, Tronico, which had been researching a possible “made in France” solution, but the research was not considered a success. The company has paused its egg development project for now, as it is working on creating a saliva test for Covid-19.

But scientists in Brittany have moved ahead to develop their system using German technology. Hy-Line France, part of the German Erich Wesjohann Group, is using optical “hyperspectral” technology developed in part by Agri Advanced Technologies (AAT).

This allows the colour of the chicks’ first feathers to be discerned on day 13 of the 21-day incubation period. These feathers are lighter in colour in males than females, in the breed used for laying eggs.

The machine, nicknamed “Cheggy”, has already tested thousands of eggs.

Frédéric Masson, CEO of Hy-Line France, told HuffPost: “In three months, this will triple and quadruple; it’s history in the making.”

Yves de la Fouchardière, director of farm group Fermiers de Loué, in collaboration with supermarket giant Carrefour, said: “In 2021, we will ‘ovosex’ more than 500,000 chickens with this technology, the equivalent of 150 million eggs [out of a yearly production of 500 million].”

He called the technology "revolutionary”. He said: “At the end of the day, ‘sexing’ increases the price of a box of eggs by less than five cents, for a box of six. That is really not much compared to the scandal of male chicks being killed at one day old.”

He added that some producers still see the practice as a burden, but that they would need “convincing”.

Other methods are also being developed; with national egg committee le Comité national de la promotion de l’œuf (CNPO) saying that it is still “researching options and alternatives to killing males”, in collaboration “with NGOs”, on “animal wellbeing, economic and technical questions”.

The CNPO has already managed to reduce the number of cage-raised chickens in France from 63% in 2017, to 47% today; and has said this is its next challenge.

Competitor machines to the “Cheggy” include the similarly-named Seleggt and Respeggt companies, also based on German technology. These allow sexing of eggs earlier, on day 9 of the incubation period.

However the process is more invasive requiring a laser to pierce the eggshell and take a drop of fluid to see if it contains a hormone specific to females. Respeggt says that the “shell membrane closes back up within minutes”.

The company is set to open its first hatchery in “spring 2021”, it has said, and two French companies (Poulehouse and Cocorette) are already selling “Respeggt”-stamped eggs. Yet, while these chicks are raised in France, they are hatched elsewhere for now.

Founder of Poulehouse, Fabien Sauleman, has said that he is angry that manufacturers seem to prefer the “Cheggy” solution. He added that leaving it until day 13 of 21 is too late, when the embryos are already starting to resemble chicks, with beaks, fur and feet.

He said: “This isn’t in-ovo sexing, this is egg-crushing.”

Technical bird farming group l’Institut technique de l’aviculture said: “The question of sexing early enough is important. The definition of the exact stage at which the embryo feels pain is controversial. There is work indicating an area of uncertainty or "grey zone" in the perception of pain by the embryo from 7 to 14 days.”

Another method comes from Israel, the EggXYT method, which uses “genetic marking of the sex chromosomes, using UV light, which ‘lights up’ the male through the shell", researchers say.

Yet the method is unlikely to prove popular in Europe which is usually against any genetic interference of food.

France is already researching ovo-sexing of duck eggs, but in reverse, for the foie gras industry. More than 30 million female ducks are killed each year as only the males are used to make foie gras.