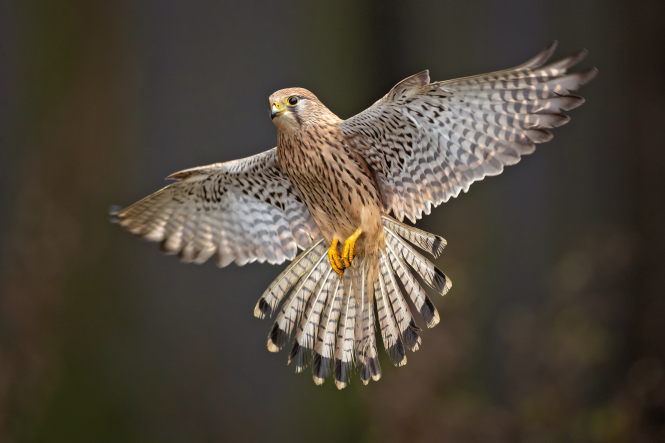 Kestrels are among the bird species which have been found injured or killed this hunting season Pic: Milan Zygmunt / Shutterstock

A large number of protected birds of prey have been found paralysed or dead after having been shot, according to France’s bird conservation body.

The Ligue de protection des oiseaux (LPO) has published a report describing what it calls a “massacre” of these birds, and calling for hunting bodies to take action.

“On November 6, a Eurasian sparrowhawk was hit by a rifle shot in Hérault,” it reads. “Rescued by a vet, it was nonetheless paralysed. A few days later, a kestrel was found in a similar state in Vaucluse.

“Last month, two other sparrowhawks as well as two kestrels had been found dead in Provence-Alpes-Côte d’Azur.

“In September, it was a golden eagle in Ardèche, a buzzard in Gard [...] In October 2020, an extremely rare bearded vulture was killed in the Cévennes mountains.

“These victims only represent the tip of the iceberg as the probability of finding these dead animals is very low.”

The LPO also stated that, over the past three years, 87% of the 109 birds of prey injured by bullets and taken into the Ligue’s treatment centres arrived between the beginning of September and the end of February, or, in other words, during the hunting season.

“The perpetrators are rarely identified and despite numerous complaints lodged by the LPO, the majority of cases are filed without being followed up.

“The LPO is calling once again on the leaders of [France’s hunting community] so that they do what is necessary with regards to their followers and stop denying their responsibility for the multiplication of these acts.

Birds of prey often have a reputation for being “harmful” to livestock and even children, the report acknowledges, but the hunting of these creatures brought some species close to vanishing altogether a century ago.

Their populations remain vulnerable, threatened by intensive farming and the disappearance of their habitats, as well as structures such as wind turbines, electricity pylons and railway wires.

“[Whether] predators or scavengers, these majestic birds play an essential role in maintaining the balance of our ecosystems,” said LPO president Allain Bougrain Dubourg. “It is crucial that we fight to preserve them.

“And that obviously includes preventing thugs from shooting at them, while heavily punishing those who do.”

Anyone who kills a protected species could face up to three years in prison and a €150,000 fine.

The LPO’s report comes after several people were injured and one person died as a result of hunting accidents in France.

Read more: Senate to debate hunting rules as another accident occurs in France