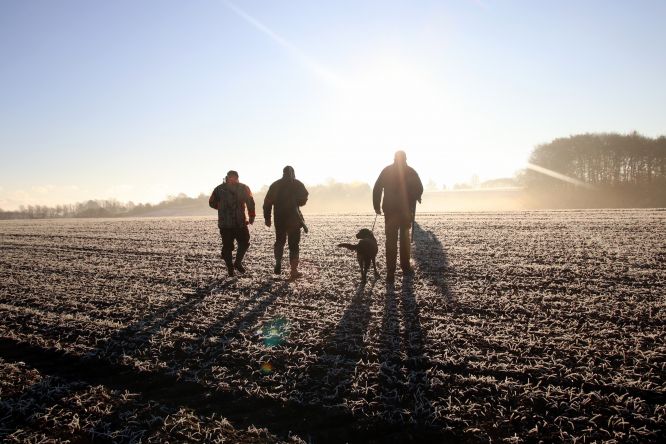 The hunter who fired the shot has been charged with manslaughter by police Pic: Marianne Danielsen / Shutterstock

A 67-year-old man who was hit by a hunter’s bullet while driving has died from his injuries the public prosecutor in Rennes said, prompting local mayors to call for partial hunting bans.

The driver was travelling along the RN137 near Rennes on October 30, when a 9.3-millimetre bullet ricocheted off a stone and flew into his car.

A hunter who fired the bullet, aged around 70, was immediately taken into police custody and police confirmed on Monday (November 1) that he was being charged with causing involuntary injury during a hunt.

The charges have now been upgraded to manslaughter.

Five mayors in the Ille-et-Vilaine department where the incident took place are now calling for days or half-days on which hunting would be banned.

In a letter to the prefect, the mayors of Bruz, Laillé, Noyal-Châtillon-sur-Seiche, Orgères, and Pont-Péan asked the authorities to take “all necessary measures to guarantee the public safety of our citizens,” France Bleu reported.

They said this should include national discussions “to define necessary legislation for public safety during hunts”, including requirements for hunters such as eye tests and new conditions for obtaining permits.

They also called for restrictions on the organisation of hunts, such as greater distancing from populated areas and possible non-hunt days.

In the days following the incident, presidential candidate for Europe Ecologie – Les Verts (green), Yannick Jadot, called for hunting to be banned at weekends and during school holidays.

She said the government “must investigate area by area” before “making a national framework” to be debated in parliament.

Some departments have already reached their own agreements.

Last year in Côte-d’Or (Bourgogne-Franche-Comté), local hunting and hiking organisations signed a charter to “live together in nature”.

One step taken towards this is the Chasse Info app, launched by the hunting organisation, to provide up-to-date information on when and where hunts are taking place so hikers can plan their walks safely.

However, Corinne Detouillon, president of hiking committee the comité de Randonnée pédestre de Côte-d'Or, told FranceInfo that while the app was good in theory, “when I look at the app it says there could be hunts happening everywhere… It’s difficult sometimes to find places without a hunt in the area”.

Dispute over stag hunting in Jura

This comes as a collective in the neighbouring Jura department has launched an online petition to suspend stag hunting in local forests.

The petition, which has more than 40,000 signatures, says that current hunting targets show “there is a will to eliminate stags in the Chaux forest” due to the damage they cause by eating the leaves of young trees.

“The forest is being industrialised and is becoming a profit-seeking wood factory”, said Olivier Trible, from the Collectif de défense des cervidés en forêt de Chaux, on France 3.

“Stags are considered harmful to the optimisation of the wood industry, as they cause additional costs.”

Stags were reintroduced into the Chaux forest 70 years ago. Today, hunt targets are made based on night-time counts of stag populations by hunters and forest management teams.

How often do hunting accidents happen in France?