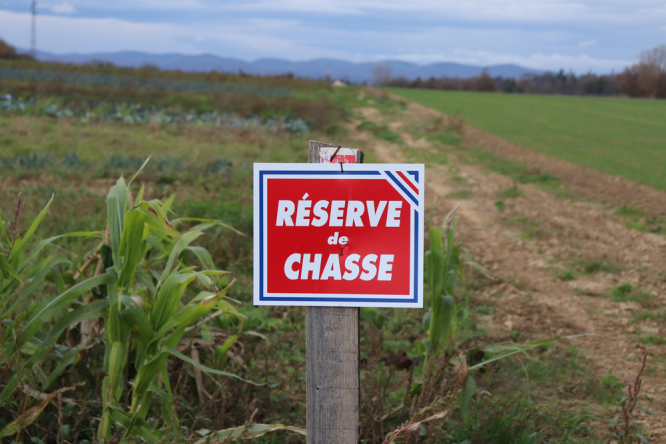 Tens of thousands of hunters have protested across France this weekend to defend traditional hunting techniques that have recently been banned by courts.

Police figures reported that 12,000 people gathered in Amiens (Somme); and there were more than 9,000 in Redon (Ille-et-Vilaine); more than 16,000 in Mont-de-Marsan (Landes); and several thousand in Caen (Calvados), Orleans (Loiret), Dijon (Côte d'Or), and Forcalquier (Alpes-de-Haute-Provence).

Many of the hunters said they were there to "defend rurality", and what they describe as traditional rural hunting practices.

They said that they were defending their "way of life and ancestral traditions", and accused the government of being "disconnected from nature".

Willy Schraen, president of the national federation of hunters, was at the start of the Amiens protest. He said that “there is no camp of good and evil,” and asked that hunters be “left alone", France Bleu Picardie reported.

Hunters came out with dogs and horns, and claimed they were highlighting their "cultural identity". Some placards denounced the government, environmentalists and animal rights activists, with slogans such as "Stop the contempt", and “This is not Paris”.

Demonstrators chanted "Don't touch our traditions". Some called for a ‘ministry of rurality’, "so that we can finally feel at home here".

The protest movements are aiming to send a political message, ahead of the upcoming presidential election.

Breton hunters said they were marching against "an anti-hunting, anti-agriculture, media-political background noise", and some held placards warning simply: “We will vote”.

Right-wing candidate, Xavier Bertrand, was also at the demonstration in Amiens, with that city considered to be a strategic rallying point in the North.

The city is the hometown of Emmanuel Macron, but also associated with Ecology Minister Barbara who is often accused of being "anti-hunting".

"These are rural people who simply want us not to dictate to them and to let them live their traditions, their passion," Xavier Bertrand, the boss of the Hauts-de-France region, told BFMTV.

The parade in Mont-de-Marsan was attended by MP Jean Lassalle and the president of the Nouvelle-Aquitaine region, Alain Rousset.

In a Tweet (below), Mr Bertrand wrote: "There is one hunt that should be banned: hunting hunters. Hunters, fishermen, farmers, inhabitants of towns and villages are united in defending rurality and a certain idea of France, its traditions and its landscapes."

Nature protection association AVES then responded to the Tweet, saying: "On the other hand, you seem to have no problem with hunting down the votes of hunters @xavierbertrand. Let's hope, for the preservation of nature and for wild animals, which are already so badly treated, that you will never be at the head of our country."

The protests come as le Conseil d’Etat, the highest administrative court in France, ruled last August that several techniques for hunting birds with nets or cages were contrary to European bird protection law.

This includes glue hunting, which was deemed illegal by the courts last June and consists of trapping blackbirds or thrushes on rods coated with glue.

At the end of August, the government also banned the hunting of turtle doves, after studies found that its population had collapsed in Europe.

However, the government is aware of the large support for hunting in France, and had as a result submitted several draft decrees for public consultation on Wednesday, September 15, which aim to allow the practice of certain hunting methods in several specific departments.

This concerns the capture of skylarks in Pyrénées-Atlantiques, Lot-et-Garonne, Landes, and Gironde; and the capture of thrushes and blackbirds in the Ardennes.

The move is said to be a “gesture” from President Emmanuel Macron to appease hunters.

But bird protection group la Ligue pour la Protection des Oiseaux (LPO) has already warned that it will request "the immediate suspension in le Conseil d’Etat" of these decrees, "if they are ever signed".

It denounced the president’s moves to "satisfy the hunting lobbies in the run-up to the presidential election".