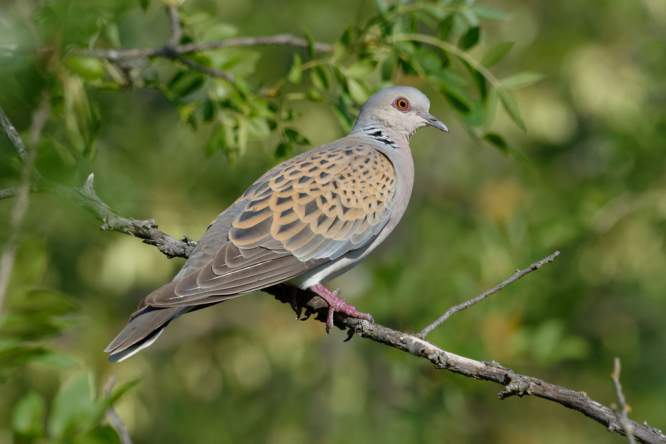 A French hunting federation said: "Putting Ms Abba and Ms Pompili in charge of hunting is like putting a vegan in charge of agriculture and fishing.” Pic: Andre LABETAA / Shutterstock

Hunters across France are calling for the resignation of the ecology minister and are organising marches in Landes and Ardennes in protest at the cancellation of several traditional hunts this summer.

President of the hunting group la Fédération nationale des chasseurs (FNC), Willy Schraen, has denounced the government for a “lack of neutrality", and told Le Figaro that the minister is practising a "punitive ecology".

Several departmental federations of hunters have called for demonstrations throughout France.

The hunters are calling for the resignation of Barbara Pompili, as well as Junior Minister for Biodiversity, Bérangère Abba.

It comes after glue hunting was banned by France’s highest administrative court, le Conseil d’Etat, in June; followed by the banning of hunts on several bird species, including skylark, thrush and blackbird. The ban also included the use of nets and cages.

This was because permits for the hunting “did not comply with the requirements of European law on the protection of birds”, said the court.

But Mr Schraen hit back, saying: "Catching a bird without a firearm is quite an art. Those who succeed in doing so should get a medal.”

At the end of August, the hunting of turtle doves was also banned by an order of the Ecology Ministry, published in the Journal Officiel on August 28, until July 30, 2022.

While anti-hunting campaigners say the move did not go far enough to protect the species, Hauts-de-France hunting federation la Fédération des chasseurs des Hauts-de-France said in a statement: "Putting Ms Abba and Ms Pompili in charge of hunting is like putting a vegan in charge of agriculture and fishing.”

Now, the federation has joined others to call for demonstrations against the bans, with protests set to take place across France until at least September 18.

Organisers hope to attract 10,000 people each in Amiens (Hauts-de-France) and Mont-de-Marsan (Landes).

Hunters in the Grand-Est region marched yesterday (September 4); while ‘angry rural’ assocation La Ruralité en Colère, which also includes fishermen and farmers, has called for a day of action in the Ardennes, reports chassepassion.net.

For Loris Savart, a member of La Ruralité en Colère, the protests go beyond hunting.

He said: "For years, people living in the countryside have been subjected to unjustified attacks. This ranges from backyard hobbyists who will soon have to have a certificate of competence to raise chickens; to roosters that disturb, to cows that are in a meadow too close to neighbours who then complain.

“Living in the countryside means sharing values and living together with everyone.”

Yet, animal protection associations say the ban on these traditional hunts is necessary.

The association One Voice called the recent bans on bird hunting a "historic victory", after taking the case to the Conseil d’Etat, with bird protection group la Ligue de Protection des Oiseaux (LPO).

LPO president, Alain Bougrain Dubourg, told Le Point that "although it was possible to conceive of the use of traditional hunting in times of famine or war, today it is no more than a simple leisure activity".

The LPO added that the populations of urban and rural birds are today collapsing because of human activities.

It comes as the European Commission recently approved a ban on lead shot for hunting by 2023, and Alpes-Maritimes MP Loïc Dombreval is calling for a ban on grouse hunting. According to France Inter, Mr Dombreval has sent a letter to Ms Pompili to call for a ban in the practice.

Any future bans are likely to provoke yet more ire from hunters, of which there are more than one million in France.