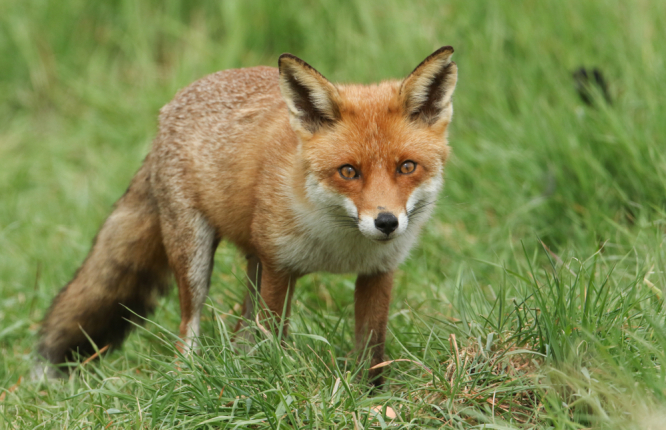 A total of 3,000 foxes are set to be killed in northern France after 15 designated hunters have been given authorisation to kill 200 animals each – but animal welfare associations have denounced the move and say they will fight to get the decree annulled.

The prefecture of Oise, Hauts-de-France, plans to give 15 ‘lieutenants de louveterie’ (wolf lieutenants) permission to hunt 200 foxes in 15 department sectors by March 31, 2022, in a bid to “regulate” the species.

But animal welfare group Agir pour le vivant et les espèces sauvages (Aves France) has condemned the decree and is fighting to have it cancelled.

It has already had one similar decree cancelled, after judging the measure as “illegal”.

This previous decree, from July 23 last year, had given permission for eight hunters to “regulate” the population of foxes, with a total of 1,370 set to be killed.

However, the application had not been correctly filed, Aves said.

Christophe Coret, Aves president, told Le Parisien: “It was found that there was not a public consultation, but only a simple notice at the mairie. That is not legal. We checked the seven sectors affected. All of the decrees were illegal.”

In response, the prefecture said that the oversight was an error. It then launched a public consultation to establish a new decree, this time for 15 sectors instead of eight, and 3,000 foxes instead of 1,370.

The prefecture has justified this by saying the lack of hunting in spring 2020 due to the pandemic caused numbers to increase even more than normal.

In its decree statement, available on its website oise.gouv.fr, the prefecture said there was “a need to regulate foxes as they remains a predator of a large proportion of small game (hares, rabbits, quail, pheasants, partridges, mallards, waterfowl and fawns)”.

It said: “It is [also] necessary to regulate this species to help in the health fight against alveolar echinococcosis (7% of animals are carriers according to a study in Oise), leptospirosis and scabies.”

Guy Harlé d'Ophove, president of the Oise hunters' federation la Fédération des chasseurs de l’Oise, said: “Foxes have no predators and breed quickly. Everything is a question of balance. Our interest is not to eradicate them but to regulate them.”

The end of the consultation period for the new decree is August 23, after which the decree will be formally published. The hunters will then have authorisation to act.

However, Aves is still fighting to have the decree cancelled. Mr Coret said: “At the end of the consultation, we will attack in the administrative court of Amiens.”

The situation in Oise comes after a similar decree in Seine-Maritime was cancelled.

The department prefecture had authorised the hunting of 1,430 foxes in a decree dated July 20, 2020 – but this was cancelled at the administrative court of Rouen on June 25, 2021.

The prefecture had said that the hunting was necessary because it had “observed a rising tendency in the number of foxes in the samples taken by pedestrian observers, and damage seen in the past four years”. It said that it needed to cull foxes to prevent illness to humans and other animals.

But the court found that this argument was false, and stated that the “fox population in Seine-Maritime is stable”, when looking at the “number of animals per square kilometre, which is lower than the national average”.

It said that alveolar echinococcosis was a “parasitic disease that is rare and stable in France” and that there have only been “40 cases recorded each year nationally since 2007”.

It added that the condition of “sarcoptic mange” was a “minor disease that is rarely spread to humans and that is cured easily”, and said that the prefecture’s assertion that foxes are a serious threat to game was unfounded.

Aspas said that foxes, on the contrary, can be very useful to humans. In a statement, it said: "It is a scavenger, it preys on weak and sick prey that can spread diseases."

What to do if you find an 'abandoned' fox cub in France
Judge rules 1,430 foxes can be killed in Normandy this year
Charming story of photographer who befriends a fox