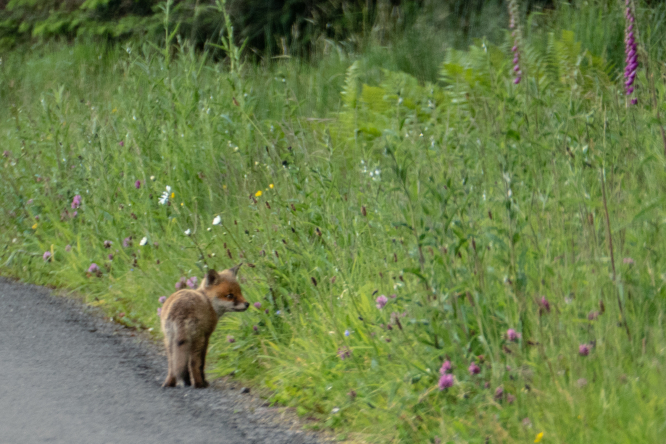 Knowing what to do when you come across a young wild animal in France that has apparently been abandoned by its parents can be difficult.

Take the case of a motorist and his passenger in Haute-Savoie who picked up a baby fox that was lying in the road, and appeared to be completely alone, thinking they were doing the right thing.

But, on calling a vet, the kind-hearted pair were told in no uncertain terms they should have left the animal alone, unless it was injured or otherwise in immediate danger.

"It is better to do nothing than to act badly," warned a wildlife expert at the Tichodrome de l'Isère.

If the fox is uninjured, leave it

If a fox is not injured, leave it where you find it. Young foxes sometimes slip away from their burrows. This is perfectly normal - and in most cases its mother is usually nearby.

If the fox is injured, call the experts

If the animal is injured or in danger, immediately contact a wildlife conservation centre and follow the advice of specialists. They may recommend, in cases such as this, trying to find the burrow to move the young animal closer to its parents.

Always wear gloves when moving young animals to avoid getting human scent on them, which increases the risk of them being abandoned by their parents. If you don't have gloves, rub the animal with leaves and mud to erase your scent as much as possible.

Do not stroke or feed wild animals at home

If you do have to bring a wild animal home temporarily because it is injured or in danger, try not to talk to it or stroke it, or allow pets near it. Put it in a quiet, warm place and do not give it food or drink so that it does not become familiar with humans or pets.

In the case of the Haute-Savoie fox, it is now being cared for by a vet from nearby Thonon-les-Bains.

It is being fed by bottle, as it is so small and has not yet weaned. It will then go to nearby wildlife sanctuary the Centre de Sauvegarde de la Faune Sauvage des Pays de Savoie.

French ‘RoboCrop’ pilot scheme could be solution for small-scale farms
15 October 2021
More from Nature
More from Connexion
Get news, views and information from France
Join the newsletter
Subscribe to The Connexion