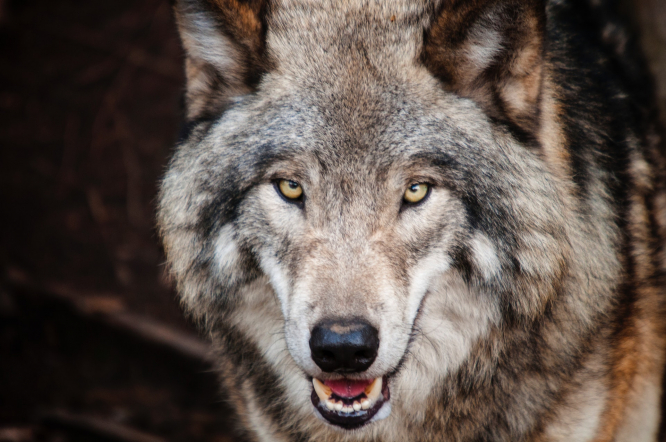 A wolf has been found in Vienne, southeastern France, for the first time in a century - after the animal suffered from eradication in the 1930s.

The animal was discovered dead next to a railway link near the commune of Lathus-Saint-Rémy, in the southeast of the department.

The prefecture in Poitiers announced on Thursday March 18 that the animal had been formally identified as a wolf, and was the first appearance of its kind in almost a century.

The animal was confirmed as a wolf based on a photo that an observer sent into biodiversity agency l'office français de la Biodiversité (OFB), which is tasked by the Environment Ministry to monitor wolf numbers and activity.

In a statement, the office said: “[We] very quickly were able to identify this animal as very probably a grey wolf (Canis lupus lupus). The morphology criteria correspond to that of a wolf (size, weight, coat, etc).”

Further analysis is now set to take place on the animal.

Wolves largely disappeared in France in the 1930s. They began to reappear naturally in the 1990s, via Italy and the southern Alps. Yet, this is the first report of a wolf in this department since the 1930s.

The prefecture said: “In Nouvelle-Aquitaine, the presence of the grey wolf has been confirmed since 2015, and then seen occasionally in Corrèze, Creuse, Charente-Maritime, and Charente; and confirmed permanently in the Pyrénées-Atlantiques since 2018.”

It added: “Although the presence of a wolf in Vienne is a first for almost a century, the species is known for its wide capacity to move over wide distances, especially when it is seeking its own territory.”

Wolves can travel distances of up to 800km before settling down in one area.

Yet, increased reports of wolves have caused worry among sheep and lamb farmers.

The sector is the prestigious “IGP Label Rouge Agneau du Poitou-Charentes”, the label given to high-quality lamb from the area.

Bernard Blanchet, mayor of neighbouring commune Montmorillon, said: “No department is safe, which is not surprising given how far the animal can move. We need to get everyone around one table - farmers, hunters, and nature protection groups - to take this problem seriously.”

At this time of year, young wolves born last spring can take their place in the pack, forcing others to find new territory. This is what causes them to travel long distances before finding somewhere new to settle.

Most make their journey without being spotted, the prefecture said.

Wolves have long been observed in France, especially by the OFB, which maintains constantly-updating maps on the animals’ sightings and presence across the country.

The OFB collects annual data on their numbers, and has followed the species since it was noted to have returned in 1992.

Currently, wolves are mainly found in the southeast, close to the Italian border, with occasional sightings further west and north.