Caught on camera: Wolves in the snow in French mountains 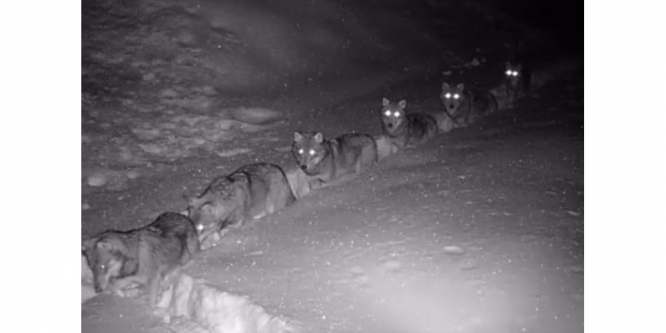 A pack of wolves were caught on film in the snow of a mountain village in southeast France.

The animals were caught on camera, making their way through a thick layer of snow in Saint-André, in the Savoie department.

Local amateur film-maker Franck Pasquali got the images using a photographic 'trap', in which filming is triggered by nearby movement.