Judge rules 1,430 foxes can be killed in Normandy this year 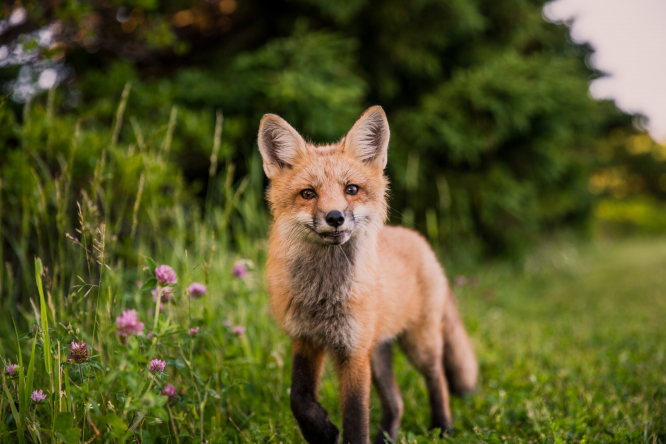 Although numbers of foxes have risen in the department, experts say they do not pose a threat to humans or animals.
By Joanna York

Judge Patrick Mine, who ruled on the case, said in a written statement: “The population of foxes has grown by a significant proportion in the department of Seine-Maritime (Normandy)."

He said the increase had come as part of a wider trend and as a result of “the interruption of all regulatory activities during the state of health emergency provoked by the [Covid-19] crisis”.

The indice kilométrique d'abondance (IKA), a measure to identify the number of species in an area, shows the fox population rose in Seine-Maritime from 2017-20. Between 2014-2019, the numbers of foxes caught in traps also rose from 6,654 to 8,010 per year.

As a result, the judge ruled that a maximum of 1,430 foxes should be killed in order to “protect human and animal health, and preserve fauna…and prevent damage to farms” in the department.

This sentiment was echoed by Alexandre Herment, a senior official from Seine Maritime environmental service the Direction Départementale des Territoires et de la Mer (DDTM). He said quite significant cases of mange were present among foxes in the region, who were generally in poor health. Mange is a deadly disease for foxes, spread by mites. In theory, foxes with mange could also contaminate dogs or wild boars with the illness.

As for the risk to poultry, Sophie Messmer, chief legal officer at DDTM said foxes had done “no harm to professional farms” in the department but had affected individual poultry farmers. Figures released by the DDTM estimate the cost of damage to poultry to be an average of over €32,000 per year, according to figures from 2014-18.

Alain Durand, president of local fox-hunting association the Fédération des chasseurs de Seine-Maritime, said the prefecture’s decision to allow the killing of foxes is nothing new. The right to kill foxes has been authorised by the prefecture in cases where the animals pose a threat to human or animal health, he said, “for at least 20 years”. He added: “If you add foxes captured in traps, we reach about 10,000 animals a year.”

Opposition to the order

Legal opposition to the prefecture’s decree was brought by animal protection association, One Voice. They pointed out that similar rulings had been overturned in 2019 in Eure (Normandy) and Moselle (Grand Est) and in 2018 in Meurthe-et-Moselle (Grand Est).

In a statement released on Twitter, Mr Bérégovoy said: “We should see animals as sensitive living beings who play a role in our ecosystem, and no longer as harmful species that we need to limit.”

He called on the prefecture to revisit its decision.

Francois Moutou, honorary president of the French society for the study and protection of mammals (Société Française d’Étude et de Protection des Mammifères) has also spoken out against the decision.

He said: “This decision is incomprehensible. Today, no health, scientific, or economic argument is in favour of reducing the number of foxes. There is no rabies that could endanger human lives, mange is only deadly for foxes, poultry eaten by canines are generally raised in coops that don’t have enough fencing.

"Biologists have demonstrated foxes’ positive role in regulating rodent numbers, and therefore in reducing the risk to human life.”

Charming story of photographer who befriended a fox