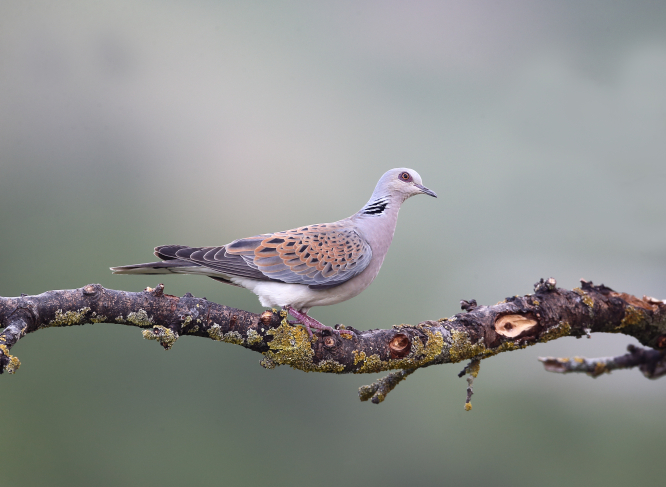 Birds such as turtle doves can still be killed by hunters and poachers in France despite being on a red list of threatened species. Pic: Erni / Shutterstock

Falling bird populations in France could have a disastrous impact on biodiversity in France, a leading expert has said.

The study was run by VigieNature, a scientific initiative calling on volunteers around France to help track local wildlife including plants, insects, birds and small mammals.

It shows a 28% decrease in bird populations in urban areas and a 30% decrease in agricultural areas in France between 1989 and 2019.

The study tracked the populations of 123 bird species and found 43 are in decline including goldfinches, turtle doves and house martins.

Mr Bougrain-Dubourg told FranceInfo: “When we speak about birds, we are speaking about the whole of the living world.

The study found the decrease in bird populations to be the result of human activity such as intensive agriculture practices, concrete and asphalt surfaces replacing natural ground, and building renovations removing spaces for birds to nest.

Some birds, such as turtle doves, can still be killed by hunters and poachers in France despite being on a red list of threatened species.

Mr Bougrain-Dubourg said the actions of large cereal producers in France was having a crushing impact on smaller producers and nature.

“Intensive agriculture is erasing thickets, low walls, ponds, grassy areas, hedges everything that contributes to biodiversity and which means a minimum amount of animal populations can exist,” he said.

He also spoke of the impact of increasing amounts of concrete and asphalt being used in France. “It eats on average 60,000 hectares [of land] per year. That’s basically the size of a department,” he said.

“We have lost 50% of our wetlands in 30 years, and wetlands are a cradle of life for many species.”

He added that the problem was not confined to France as many migratory birds were facing similar problems in other countries. Climate change is also a factor in reducing the amount of green spaces that birds can live and nest in around the world.

In France, an increase in wind farms in natural spaces is also a factor although not a major contributor to population decline.

Rather than calling for a ban on new wind farms, Mr Bougrain-Dubourg asked the government to avoid building them in areas protected by Natura 2000 EU classification.

Species can be saved

Mr Bougrain-Dubourg did offer some hope, saying that many symbolic bird species had been saved in France since the 1970s.

These include the white stork, which has gone from a population of 10 to 3,000 today.

The peregrine falcon almost disappeared due to pesticide use, but now nests in Paris.

And griffon vultures are now so numerous in the mountains of Cévennes that they are a tourist attraction, despite populations almost disappearing years ago.

He said today the focus should be on saving commonplace birds.

“Every time a species disappears a little bit of humanity loses its feathers,” he said.

“We can’t look at nature in a utilitarian way. [We need it for] practical reasons but also psychological reasons, medical reasons, and many more.”