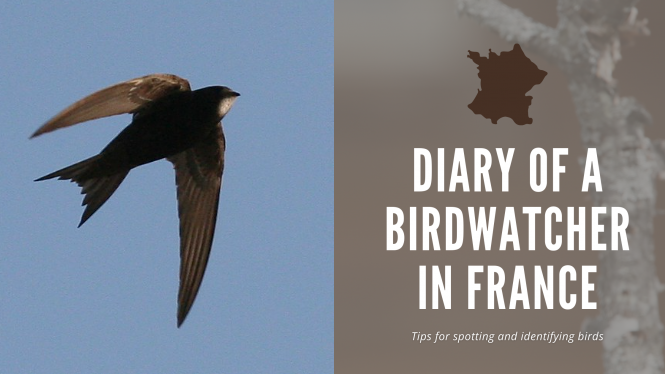 Swift numbers have declined by approximately 50% in France in the last 20 years due to a loss of nesting sites as well as a diminishing supply of food Pic: (Swift) Muchaxo / Common Swift / Flickr (licence)

Swifts (martinet noir) are the ultimate flying bird. They are totally committed to the sky in a way that is without concession to the revolving planet below them. They eat, sleep and even mate, tumbling together whilst airborne before separating into recognisable shapes of two birds. I have seen this only once.

There are three species of swift in France, but the one you will see is almost certainly the common swift.

I used to live on the top floor of a tall building overlooking the main square of a small town in Aude. Come May or June, I would hear scratching and fluttering above my head, from the barely adequate linings of the swift nests in amongst the small gaps the pantiles offer.

No intricate weaving of branches and moss for swifts, the only materials they use are gleaned from the air itself, floating leaves, wind-blown grasses, drifting spider webs, feathers.

They only ever come down to clutch hard surfaces with their tiny feet (their Latin name means ‘without foot’) for what it is impossible to do in the air – lay eggs as adults, and so, to give birth.

A swift, living a full life span, will fly millions of kilometres. They are not really European birds at all, more African as they surf the continent during nine months of the year, often in the vanguard or the rear-guard of a storm.

When the day comes for the young swifts to leave their parents’ nest, there is quite a spectacle.

Screaming parties of several birds circulate at breakneck speed – swifts can fly horizontally at over 111km/h  – enticing the trembling hearts of the fledglings out and away to join them in their true element.

Once the fledglings go, if they survive, they will not leave the sky for two or three years, only coming back down to earth when they themselves are ready to be parents.

Helen Macdonald, author of the 2014 prize winning H is for Hawk, has just published a sequel; Vesper Flights.

Like Helen, I find swifts alien; there is no relating to them, even when they have fallen to earth and you hold them in your hand.

There is a veil between them and you, they do not see you. They cannot take off themselves, so you must climb as high as possible, open your hand and wait, hoping that a moment will come when they will gather themselves, drop out and away, back to the sky.

You do need to know when a juvenile swift is ready to fly, so if you find a young swift on the ground, put it in a dark small box with air holes and take a look at this advice (in French) before proceeding.

If you become a swift watcher, sitting with a glass of wine in your hand as evening falls in the towns and villages of France, you will be surrounded by gangs of hurtling swift families banking around the edges of the church steeples and village streets, like charging BMX bike riders in a race. Then you notice as darkness gathers – they are no longer there.

This is what is known as the vesper flights. Swifts will climb to between 2,000 to 3,000 metres in the air, to an altitude where they can use the stars above and the ground below to orientate themselves, and then fall into a state of semi-sleep, drifting on the winds.

It was previously thought that they all climbed together and went into paradoxical sleep, part of the brain resting whilst the other half continued to function, to descend in the morning.

Modern studies have shown that they come down individually during the night to feed again, before rising before dawn to form flocks once more.

In the high altitude twilight they judge future weather systems; clouds on the horizons, winds and air pressures, and so orientate for the next day's activities.

They do not always get it right. I remember one year a sudden cold snap came in the middle of the swift season. No insects hatched to provide the aerial plankton that they feed on.

After two days, and probably hundreds of kilometres of flight searching for sustenance, they came back to their birth places to fall to the ground in the street – I counted 11 bodies in 50 meters. It was tragic to see.

It is important to know that swift numbers have declined by approximately 50% in France in the last 20 years.

Partly this is due to loss of suitable nesting sites as buildings are renovated, closing the holes in walls and roofs. The Ligue pour la Protection des Oiseaux and the Royal Society for the Protection of Birds give advice as to how to mitigate this, and it is possible to build your own swift box to install under the eaves of your home.

Find here the RSPB’s plans for building a swift box.

The other reasons for decline are linked with the diminishing supply of flying insects due to modern agricultural practices and the changes linked to climate change, both in Europe and Africa.

Enjoy this extraordinary bird whilst they are here, they will too soon leave for the south. In much the same way as they disappear in the evenings, towards the end of July there are fewer each day, and then, after a week, none at all: gone back to their sky home above Africa.