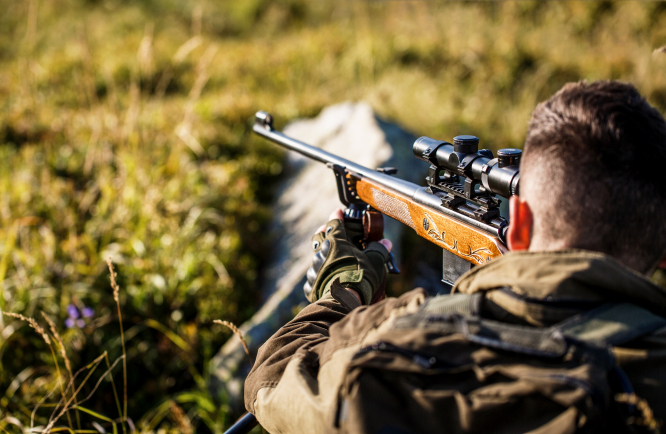 There are over one million active hunters in France, making it the third most popular sport in the country Pic: Body Stock / Shutterstock

Ray*, 41, is a keen hunter and regularly participates in hunts in his local area in the Bouches-du-Rhône department. He explains why he believes hunting is safe and what it is like to be a hunter in France

I have been a keen hunter all my life and after arriving in France from South Africa about six years ago, I was very interested in getting back into hunting.

Then I started to work and getting time to do the things that you want can be difficult. That was until last year when I decided enough is enough and I decided to get my hunting licence.

I live in Bouches-du-Rhône and the main animals we hunt are boars and foxes.

Every year we can hunt until May. We usually start in September and stop in February because we reach our quota for the season. We don’t want to eradicate animals, we just want to control the numbers. I will probably only shoot around two boars per season.

Most of the time on hunts, you won’t see anything or won’t shoot anything.

Last week, I had a great shot on a big boar, but I didn’t take it because it was not a safe shot.

I could not see what was behind it, there could have been dogs or anything. So I didn’t shoot.

If you pull the trigger you can never get the bullet back. So it is better to be safe than sorry.

I want to emphasise that security and safety are our biggest priorities.

Before each hunt, safety rules are read out. Each post gets defined, where you can and can’t shoot, for example.

Drinking won’t happen at all. We start early in the morning. People take it very seriously. Alcohol is not consumed before or during the hunt.

I have heard stories about drunken hunters, but I have never seen or experienced that.

I haven’t experienced real discrimination for hunting. I have been targeted a few times on social media, but that’s social media for you.

While out hunting the people are generally friendly, the ones who pass by on bikes or what have you.

I live in the countryside and people are used to hunting and hunters. I have had people bring up the point with me that hunters are shooting too close to their houses, and I agree with them 100%.

There are rules in place for a reason. If people do not follow the rules, they should be punished for it.

One thing that can help hunters and non-hunters get along are the signposts.

When you are walking or mountain biking in the countryside in France, be aware of the warning signs that have to be posted when there is a driven hunt underway.

When I'm out walking and see a sign signalling there is a hunt, I go walk somewhere else.

The hunt only takes 3 to 4 hours and I can always come back later.

*Ray’s name was changed for this article as he did not want to face discrimination for being in favour of hunting. He is originally from South Africa and now lives in the Bouches-du-Rhône department in southern France

Hunting season begins on different dates depending on the department.

This year, the season opened in three departments in the Grand-Est - Moselle, Bas-Rhin and Haut-Rhin - on August 23.

On September 12, the season opened in a large majority of departments in the south of France.

It will open on September 19 for most departments in the north of the country. It will begin on September 26 in Manche, Orne, Eure-et-Loir, Sarthe, Loir-et-Cher, Indre and Cher.

It is legal to hunt 90 different species of animal in France, although there are restrictions involved.

There are rules in place, at either national or local level, which limit the number of animals of a specific species that can be hunted in any one season. For example, red deer numbers are subject to national rules, while hares, pheasant or grey partridges are subject to local-level rules decided by the prefecture.

Over 5 million people in France have hunting permits and there are just over 1 million active hunters in France, and around 500,000 volunteers, according to national hunting federation, Fédération nationale des chasseurs.

Only around 2.5% of hunters are women in France.

La chasse 2021: How to block hunters from using your land in France

French ‘RoboCrop’ pilot scheme could be solution for small-scale farms
15 October 2021
More from Your views
More from Connexion
Get news, views and information from France
Join the newsletter
Subscribe to The Connexion