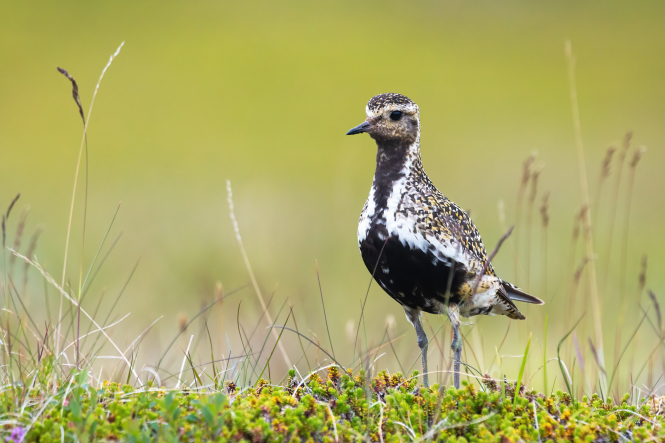 The golden plover is one of the birds that hunters want to trap Pic: WildMedia / Shutterstock

Over the summer, the highest administrative court le Conseil d’État ruled that catching certain species using nets or cages did not comply with the requirements of European legislation relating to the protection of birds.

It said the French Ecology Ministry had not proved these traditional hunting methods were the only ones that could be used for capturing the birds concerned.

The decision prompted three days of demonstrations by hunters across several departments.

Now, the Ecology Ministry has decided to submit the decrees for consultation.

A total of eight decrees for the 2021-2022 hunting season are now subject to consultation until October 6.

This is about “allowing the judge to make a final decision on their conformity with the European legal framework for protecting birds”, the ministry explained.

In the latest press release from the LPO (French bird protection group la Ligue pour la Protection des Oiseaux), it said it would request any permissions granted to be suspended immediately.

“While the global scientific community is warning of mass species extinction, our government is using biodiversity as an electoral bargaining chip. Hunting outside of the legal framework is poaching. Which is all the more appalling, as it is nothing more than a leisure activity,” added Allain Bougrain Dubourg, president of the LPO.

Between 1989 and 2019, a study by the scientific initiative VigieNature showed France's bird population declined by 28% in urban areas and 30% in agricultural areas.