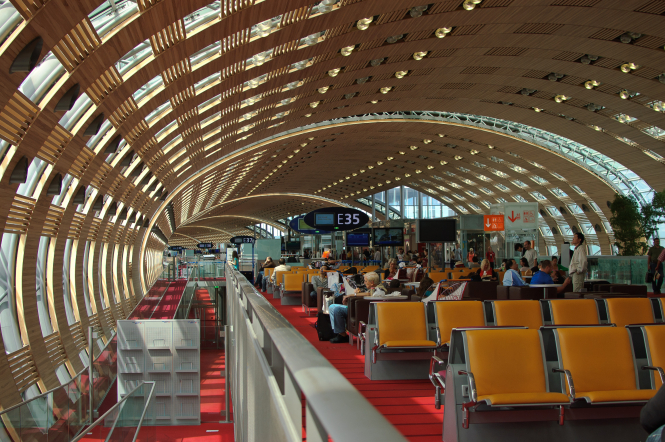 Seven people have been arrested in connection with selling forged negative Covid test result certificates to passengers flying out of Charles de Gaulle Airport in Paris.

A police investigation that was launched at the end of September, discovered they had made more than 200 fake negative certificates on site at the airport, BFM TV reported.

The group making the certificates had been selling them for between €150 to €300.

The accused, six men and one woman aged 29 to 52, are being prosecuted on charges of forgery and conspiracy to defraud, the Bobigny public prosecutor's office told news agency AFP.

They were taking advantage of the fact that negative Covid tests made within 72 hours of departure are now mandatory in order to enter some countries or regions, notably countries in Africa and the French overseas territories.

They reportedly drew up false certificates using the name of real laboratories that offer Covid tests, then sent them to buyers in paper or digital format.

The defendants face up to five years' imprisonment and a €375,000 fine.

French newspaper Libération reported in September that some people travelling to the French overseas territories were doctoring Covid result certificates in order to fly.

At the time, France’s testing capacities were extremely strained, and some people had to wait days to receive test results.

A similar discovery was reported in the UK in October with The Lancashire Telegraph writing that passengers travelling to Pakistan were doctoring Covid-19 test certificates.

It is necessary to present a negative Covid test when boarding flights to certain European countries, such as Germany, Italy and Austria. Most airports will offer the possibility of doing a test on arrival if passengers cannot obtain a certificate before.

France is now under lockdown and so international travel is only permitted for necessary reasons, including professional reasons, or if people are returning to their home country.

Anyone travelling to France from the US will have to present a negative Covid test. If they are unable to take a test before travelling, they will be able to do so upon arrival at Charles de Gaulle Airport.

Do I need a Covid test to travel to France?

Valid reasons to travel from France to UK