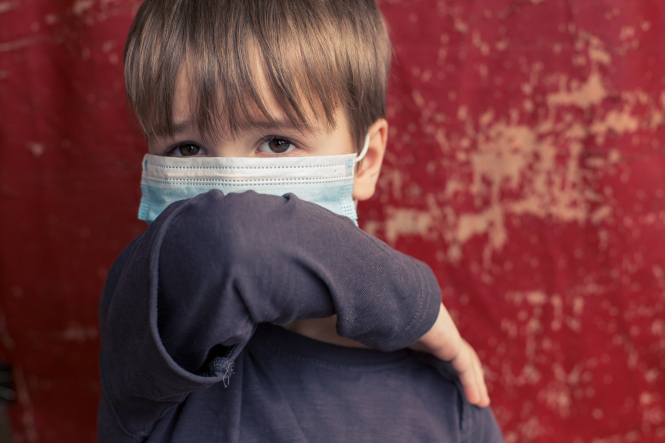 Health experts fear the winter viruses now beginning to circulate again could hit the population harder in the wake of the pandemic.

Due to Covid barrier measures in place last winter, including mask wearing and hand sanitising, there were fewer incidences of colds and flus last year.

"It is quite possible that the immunity of the general population has decreased," says epidemiologist Sibylle Bernard-Stoecklin in a video posted online by Public Health France.

To avoid this, health professionals are encouraging people not to forget about barrier measures, despite the decline of the Covid epidemic.

"Everyday gestures, such as washing your hands regularly, wearing a mask - particularly when you are in a confined space -, airing your home regularly or staying at home when you are ill, are very effective in combating the circulation of these viruses," Ms Bernard-Stoecklin added.

Bronchiolitis in children under two

Last week, the Conseil Scientifique scientific advisory board on Covid-19 warned of the return of viruses responsible for seasonal epidemics, including respiratory syncytial virus (RSV), responsible for bronchiolitis.

The lower respiratory tract infection affects babies and young children under two years old, but young children who would ordinarily have been exposed to winter viruses last year will not have been.

"It should therefore be anticipated that the size of the RSV epidemic will be larger this winter than in previous winters," the Conseil Scientifique said.

The French emergency department surveillance system (Oscour Network) confirmed in its national bulletin that cases of bronchiolitis accounted for 249 additional A&E visits -  an increase of 23% - among children under two, during the week of September 27 to 3 October 3.

It also said that the number of A&E visits for bronchiolitis was higher than in the previous three years.

Health authorities are now stressing the importance of vaccination for people, such as the elderly, who are most vulnerable to winter viruses like influenza.