Health pass needed in TGVs, planes and coaches in France by August 10 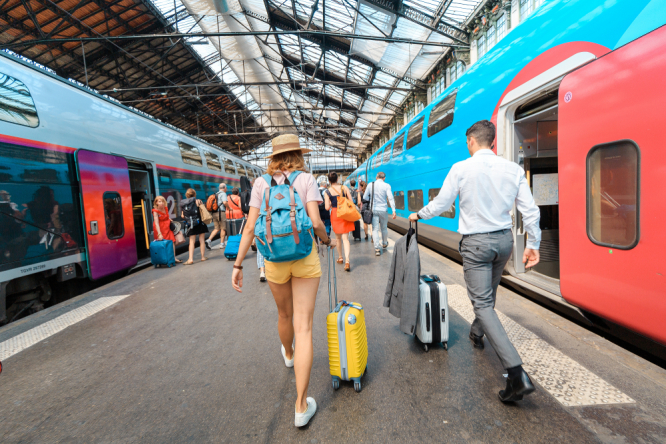 The requirement to show the pass sanitaire (health pass) in France on long-distance transport will start to be enforced between August 7 and August 10.

Transport Minister Jean-Baptiste Djebbari said today (July 28) speaking on BFMTV and RMC that the law extending the use of the pass sanitaire, voted through by parliament on Sunday night, was being vetted by the Conseil constitutionnel.

The law is expected to be published in the Journal Officiel by Saturday August 7 and put into practice in the transport sector in the following days.

The Conseil has previously stated it will announce its decision over the validation of the health pass law on August 5.

In practice, Mr Djebbari said it will mean for example random checks being carried out on entry to station platforms, or in trains, but it would not be possible for everyone to be checked without causing long queues.

The wearing of masks will remain compulsory on trains until "at least August 30", the deadline for the vaccination of staff, Mr Djebbari stressed.

He said: “We’re going to try to do it in the most workable and flexible way possible, so as to have a good level of checks but not make travellers’ lives difficult.”

He said that this can be compared to the fact that “during the curfew there was no systematic check on people who left their homes”.

Local buses, TER trains and trams will not be concerned by the measure. It will relate to long-distance trains such as TGVs and Intercités as well as to inter-regional coach trips and internal flights.

Mr Djebbari added that people who test positive for Covid will be able to cancel train and plane tickets up to three days before the departure date.

The law extending the pass sanitaire also concerns entry to cafés and restaurants.

The pass sanitaire involves proof of having had full vaccination with a vaccine recognised by France, having had Covid and recovered from it, or having had a negative test in the last 48 hours.

How will the French react to new extended health pass?

France's Covid ‘pass sanitaire' is not a document, so how do I get it?