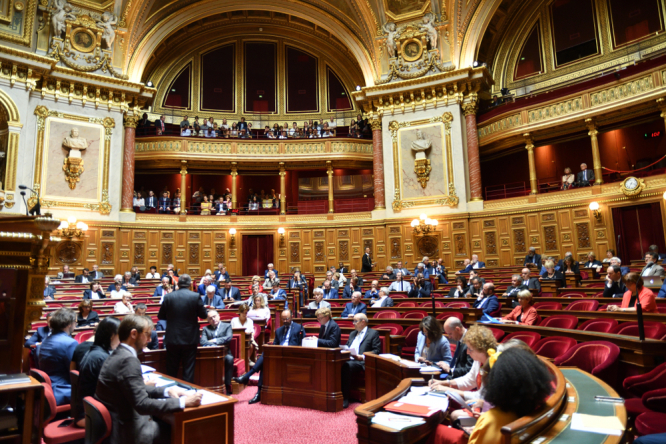 The laws have been approved by MPs and the Senate and will now be put to the Conseil constitutionnel Pic: Jo Bouroch / Shutterstock

Plans to extend the use of the French health pass (pass sanitaire) to a wide range of public spaces and to make getting vaccinated against Covid-19 mandatory for health care workers have been approved by the French government.

The new rules were debated into the early hours of this morning (July 26), after four days of discussions among MPs and in the Senate.

They passed with 195 votes for and 129 against in the Senate, and 156 for, 60 against and 14 abstentions in the Assemblée Nationale.

Senator Philippe Bas said: “We are aware that the health situation in our country is serious. For the fourth time, we are facing a return of the epidemic… That justifies the exceptional measures which have been taken, with our greatest regrets.”

President of the Assemblée Nationale, Richard Ferrand, said the new laws had been passed “in the spirit of parliamentary responsibility, mobilised to protect people in France”.

The laws will make it mandatory for healthcare workers in 70 professions to get vaccinated against Covid-19.

Those who have not received at least one dose of the vaccine by September 15 will be suspended from their roles – but not fired – and will also have their salaries suspended.

Those who have received one dose by this date will have until October 15 to get fully vaccinated.

Extending use of health pass

The new rules also give a legal framework for extending the use of the French health pass. The obligation to show a pass sanitaire was introduced on July 21 for a range of cultural and leisure spaces with a capacity of 50 people or more, including cinemas, museums, gyms and swimming pools.

To access these spaces people must show a health pass in the form of proof of full vaccination, a negative test result taken within 48 hours or proof that they have previously had Covid-19.

From August (exact date yet to be defined), the health pass will also be needed to enter a wider range of spaces including restaurants, bars, hospitals (apart from in emergencies), elderly people's care homes and for long-distance travel.

However a blanket law meaning that a health pass would be required for entry to large shopping centres was not approved, as previously expected.

Instead, prefects will have the right to introduce the use of the health pass in large shopping centres in their department or region if a spike in local cases occurs.

In this case, access to essential shops and services in the centres will still be possible without a health pass.

Employees working in spaces in which health passes are needed for entry will have to show health passes from August 30. Those who do not will be suspended from their roles without a salary.

However, they will not be fired. After three days of suspension, a meeting will be held to try and find a solution including moving them to a role that does not require the use of the health pass.

Children aged 12-18 will have to use health passes from September 30, rather than August 30, as originally planned.

In this age group, those aged 12-15 can get vaccinated with permission from at least one parent. Teenagers aged 16 and over can choose to get vaccinated independently.

Current plans mean that health passes will be in use until at least November 15.

Under the new laws, people who test positive for Covid-19 will have to self-isolate for 10 days.

During this time, they can be contacted by the Assurance maladie or regional health agencies to check that they are following the rules.

People found to be breaking the rules can be referred to law enforcement agencies.

This morning, Health Minister Olivier Véran tweeted: “It’s been a good evening for democracy, and a bad one for the virus. After 60 hours of discussion the majority and the opposition succeeded in finding a unified way to fight against the epidemic.”

This follows demonstrations on Saturday (July 24) that saw 160,000 people protest against the plans.

The laws will now pass through the Conseil constitutionnel to check that they comply with the French constitution – the final step before they can be enacted.

After this, a date will be given on August 5 from which they will come into force.