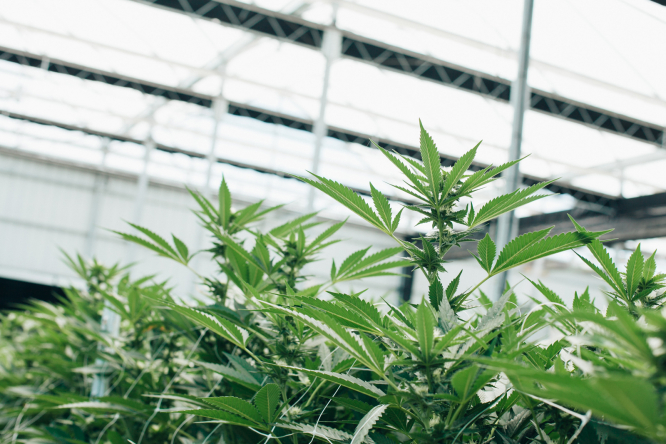 Could France be about to start growing cannabis commercially? Pic: Canna Obscura / Shutterstock

The first results of a trial into using medical cannabis for pain relief that began in a hospital in central France in March are looking promising.

Psychiatrist Dr Nicolas Authier, Chair of the Scientific Committee on Medical Cannabis, is in charge of the experiment being conducted at the University Hospital of Clermont-Ferrand. He had identified 20 patients as being suitable for participation.

One patient Mounir, 47, who suffered a stroke aged 21 and consequently struggled with painkiller addiction in trying to manage his neuropathic pain, told France 3: “I'm not yet completely relieved of the pain. There is some still, but it is nothing like what I felt before.”

The trial is part of a two-year nationwide experiment primarily designed to evaluate the best conditions of access to medical cannabis.

Dr Authier hopes that medical cannabis will then be legalised for patients whose suffering is poorly relieved by conventional treatments.

Depending on the patient, it can deliver mild to significant relief, although some have felt no improvement, or experienced more undesirable effects than therapeutic ones.

What is meant by medical cannabis?

Oils are extracted from the flowers of different varieties of cannabis plants and medical cannabis covers a range of medicines incorporating them in various ways.

Some are rich in cannabidiol (CBD) and designed for treating epilepsy. Others combine CBD and THC, the molecule in cannabis that makes you high when you take too much.

The oils are then administered orally and may take the form of tablets, capsules and sprays. Those currently being used in France are oils to be swallowed using pipettes.

The doctor works with patients to find the right mix of THC and CBD over several weeks and if necessary, the dried flowers may be used as a complement to the oils.

Unlike non-medical cannabis, doctors know the exact composition of the product they administer to the patient.

Whereas recreational cannabis is used to achieve a euphoric effect that often requires the consumption of larger quantities, medical cannabis is designed for therapeutic effect.

What can medical cannabis be used for?

As it stands, the ANSM (National Agency for the Safety of Medicines and Health Products) has accepted five applications for medical cannabis as part of the experiment, including:

Any use of cannabis is currently illegal in France, except in the context of an experiment.

Its image as a drug has made some authorities cautious and science has been slow to show the effectiveness of medical cannabis.

But for patients who cannot be helped by conventional medicine, medical cannabis can be no more dangerous than prescribing certain opioids.

The real challenge is to determine which patients are most likely to benefit from it.

With the experiment due to come to an end in March 2023, Dr Authier told France 3: “It is conceivable that the legalisation of access to these products will follow”.

A draft decree in the coming weeks should authorise the production of cannabis for medical use in France.

For the moment, cannabis has to be sourced from other countries, including Canada, Israel and Australia.

Jean-Baptiste Moreau, a farmer, an LREM MP for the Creuse and the rapporteur of the National Assembly's committee on cannabis, recognises the opportunity presented by growing medical cannabis, but has reservations.

He believes the draft decree will not go far enough, allowing a therapeutic sector to be set up, but not a wellness sector.

“A farmer is not going to invest €3milion to build a greenhouse just for therapeutic purposes, it is not viable in the long term”, he told France 3.

He thinks the real economic opportunity will come from CBD-based oils and ointments, with CBD not considered a drug by the WHO but a food supplement.

From an agronomic point of view, cannabis is not a water-intensive crop and has the added advantage of covering a lot of ground, suffocating weeds and reducing the need for herbicide.