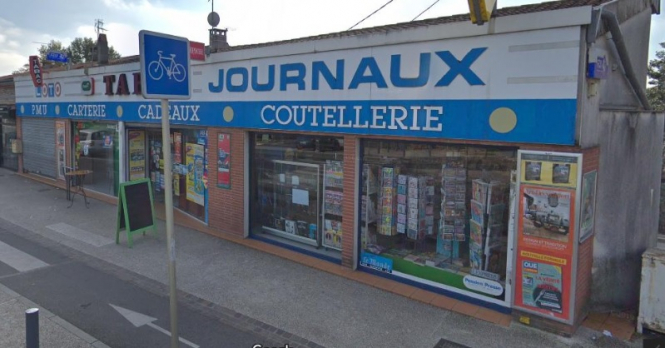 The young man took four people hostage in a PMU bar-tabac along this row of shops in Blagnac, near Toulouse
By Connexion journalist

He has been described as a minor “aged almost 18”, who was wearing a helmet equipped with a GoPro camera. He entered a PMU bar-tabac along a line of small shops in the town at around 16h20, and shot into the air, taking four women hostage.

He then demanded to speak with a negotiator, and later shot into gathered police outside. The hostages were all freed just after 20h, with the minor himself arrested at about 23h45.

The incident is not being described as terrorism.

The Toulouse prosecutor Dominique Alseari described the young man as “known [by police] for his violence, especially towards law enforcement officers, but also for theft, and for participating in a gilets jaunes protest, during which he was arrested”.

But, he said: “He was not someone seen as dangerous.”

Local reports say that the hostage taker is a “normal boy with a good family”. A delivery driver who knows the family told the media that the boy in question is named “Yanis”, and comes from the Bélisaire district of Blagnac. Blagnac is best known as the location of Toulouse airport.

Prosecutor Mr Alseari added: “[The man] left a letter at his home before committing the incident, in which he sounded depressed and worried about his health. He also alluded to the gilets jaunes movement, and said that the act he wanted to commit would amount to this ‘spectacular’ event.”

The perpetrator claimed to be “the armed branch” of the gilets jaunes movement, and said “sorry for doing this” [but] “if I do not do it, no-one will move. So I will do whatever I can to ensure that the gilets jaunes win their battle”.

Interior minister Christophe Castaner tweeted his thanks to security forces and officers who had “kept calm” and maintained “professionalism” in dealing with the incident.