Hunter fatally shoots bear in southwest France after it bit him 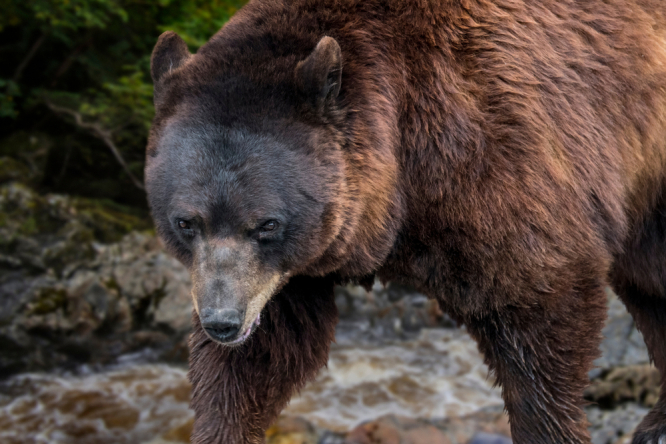 The bear is the second to be shot in the region in the past two years, with an inquiry now underway into the incident Pic: Philippe Clement / Shutterstock

A hunter has shot and killed a bear in southwest France after it attacked and bit him during a boar hunt. The hunter is now in a critical condition in hospital in Toulouse.

The 70-year-old was taking part in a boar hunt in the commune of Seix in Ariège, Occitanie, yesterday (Saturday, November 20).

He reported that he was attacked by a bear, who was with her cubs. The female bear bit him on the leg, badly damaging his femoral artery, at around 15:30, said the mountain gendarmerie rescue team, le peloton de gendarmerie de haute montagne (PGHM).

The injured man then shot twice towards the animal. The bear was later found dead a few metres away from where the man was rescued.

The man was taken to hospital in Foix, before being transferred to the CHU in Toulouse.

A departmental inquiry has now been opened into the circumstances of the accident.

Christine Tequi, president of the Ariège departmental council, told AFP: "This is what we are always afraid of. Cohabitation [between humans and bears] is complicated.”

She said that the risks are even higher due to "the increased presence of bears that are having cubs" in the Couserans massif mountain area.

The incident is the latest in a series of hunting accidents to hit headlines in recent months.

Read more: Senate to debate hunting rules as another accident occurs in France

The presence of bears in the Pyrenees is controversial. In June last year, another bear was found killed in Ariège, thought to have been the work of local farmers who say the bears threaten their livestock and livelihood.

But pro-bear groups have said that this is not enforceable because the release and maintenance of the bear population in France “is a European obligation”.

At the time, Alain Reynès, president of pro-bear association Pays de l’Ours-Adet, which fights for the preservation and continued reintroduction of bears into the French Pyrenees, said: “We have a legal obligation in France to restore a viable [bear] population.”

Bears are a protected species, and there are currently around 40-50 in the Pyrenees range.