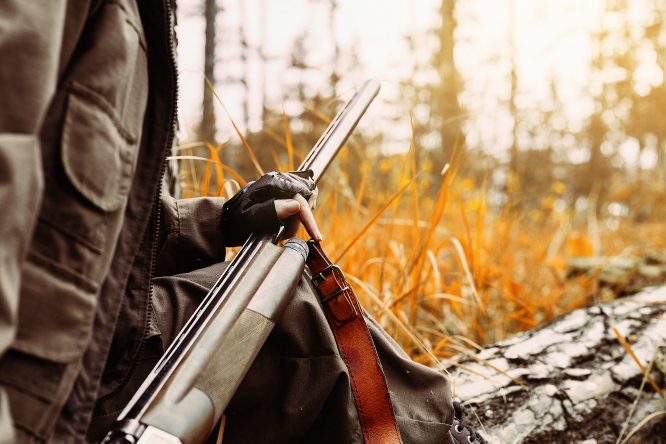 Two more hunting accidents have been reported in France this week, days after the death of a driver by a ricocheting bullet prompted a debate over hunting rules Pic: franz12 / Shutterstock

Two more hunting accidents have been reported in France with a hunter seriously injured after being shot in the chest and a retired couple’s car being hit by a stray bullet as they drove near a hunt site.

The incidents were reported days after a 67-year-old man died after being hit by a ricocheting bullet from a hunter as he drove on a dual carriageway.

A 29-year-old hunter is in a critical condition in hospital after being accidentally shot in the chest during a hunt on November 7. The private hunt was taking place in the Landricourt forest in Aisne (Hauts-de-France).

The shooter, who is in his 30s, turned himself in to the gendarmerie and is now in custody.

A dozen people were taking place in the large game hunt. Early reports from the gendarmerie suggest that the shooter shot twice, in a bid to hit a boar.

An inquiry is now underway to determine whether the victim was in the line of fire, or was hit by a ricochet.

A few days earlier, in Indre-et-Loire (Centre-Val de Loire), a vehicle belonging to retired couple Hélène and Michel Hymer was shot while the pair were driving on the departmental road between Nouâtre and Sainte-Maure-de-Touraine, south of Tours.

The couple pulled over and realised in shock that there was a bullet lodged into the rear headlamp and the petrol reservoir of their car.

Nearby, a group of hunters emerged, including the 75-year-old shooter, who had been aiming at a deer on the other side of the road. His bullet reportedly ricocheted on an obstacle before hitting the car.

Mrs Hymer told France Bleu that the hunter was visibly affected by the accident. She said: “We filled in a report [of the incident]. Well, I filled out the report, because the hunter was shaking like a leaf. He was very shaken.”

After filling in the report, the couple left their car to be examined by experts. It will be used in a reconstruction of events organised by police, as part of an investigation into what happened.

The shooter, who has remained anonymous, said: “I couldn’t sleep that night. I was invited to take part in another hunt the day after but I didn’t want to go. I don’t know if I want to go back. Maybe to shoot with pellets, small game...but with bullets, I don’t know.”

The hunting season in France has been open since mid-September, and several high-profile accidents have been reported.

These include the death of a 67-year-old driver last week. The man died after being hit by a ricocheting bullet while driving on the road between Rennes and Nantes.

The driver’s death has prompted a debate on hunting regulations and calls from local mayors to instigate partial hunting bans.

The hunter who shot the bullet, aged around 70, is now being investigated for manslaughter.

Additionally, in October, a man in Haute-Savoie was severely injured after being hit in the chest during a hunt.

How often do hunting accidents happen in France?