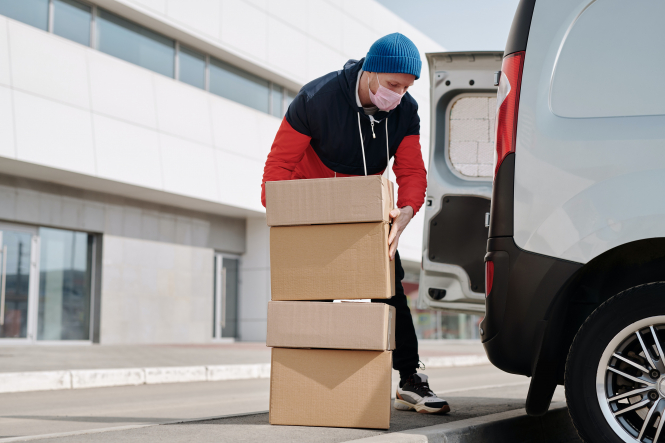 Amazon's overall profits have increased by 50% since the beginning of November, and it is the largest online retailer in France
By Joanna York

In an open letter published by news source FranceInfo yesterday (November 16) a group of 120 NGOs, unions, MPs and influential French figures called for online retail giant Amazon to be “stopped before it’s too late”.

The letter expressed concerns over the profits Amazon is making in France, while “tens of millions of people have lost or are going to lose their jobs, and a million more people are now living in poverty”.

It called for an “exceptional tax” on profits made by Amazon and other online retailers this year in order to fund measures to protect jobs and support local shops.

The letter stated that Amazon founder Jeff Bezos’ fortune had increased to over $200 billion during the health crisis, at the expense of “20,000 employees contaminated with Covid, an explosion in imported products, a resort to polluting vehicles…the destruction of millions of jobs in local shops, massive fiscal evasion and the destruction of nature to build 19 new depots in France.”

It said that if the retail giant was not stopped, “the expansion of Amazon could lead its market share to double and provoke the loss of 100,000 jobs throughout France”.

Amazon sales down in France, but profits still up

This comes as public support for Amazon in France also appears to be waning. Since the second confinement began two weeks ago, competitors Fnac, Ikea and Darty have taken over parts of the online sales market usually dominated by Amazon in France.

This still makes it the largest online retailer nationally - with overall profits increasing by 50% since the beginning of November – but this may be a sign that consumers are changing habits and moving away from the platform.

Édouard Nattée, CEO of e-commerce research group Foxintelligence, told FranceInfo that he believes this is the case.

He said: “We know that when we order from Amazon we will be able to find the product we want and have it delivered in a way we understand. During confinement, we have observed people are at home and have more time to search for the products they want and to explore different platforms.”

French state to pay delivery fees for bookshops in lockdown

16 hours ago
2
French farmhouse renovation: DIY tricks to get rid of rats