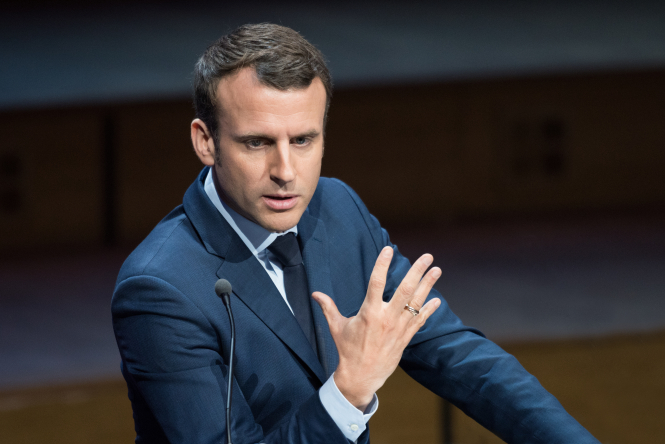 President Emmanuel Macron will today (October 12) reveal his investment plan, estimated to be worth €30billion, to “build France 2030” and boost international competitiveness.

The plan comes in the context of working to boost the economy after the Covid crisis.

The full details are to be announced by Mr Macron today at the Elysée Palace and will be added to the 2022 finance bill that the Assemblée Nationale began examining yesterday.

Mr Macron has said that the goal is to “build the France of 2030, and help the champions of tomorrow emerge in our country and in Europe, in the digital, eco-friendly, biotechnology, and agriculture industries, which will design our future”.

The plan is to help innovators in these fields compete competitively both in Europe and worldwide.

The president is today expected to offer more concrete dates and details of the investment planned. It is thought to amount to around €30billion over five years, the AFP reported.

What economic sectors are affected?

The plan is likely to include massive investment in several new industrial technologies, such as Space, cars and vehicles, energy, nuclear power, ‘green aviation’, and artificial intelligence.

The plan will aim to "build the technological players of tomorrow, in digital technology, in hydrogen, in batteries, in Space, in health, and in culture too", Mr Macron said in a recorded speech played at the French Tech start-ups event at the Finance Ministry on September 30.

How does nuclear energy feature in the plan?

The plan is expected to focus on nuclear power, one of France’s major industries.

President Macron is expected to unveil his plans regarding the development of small nuclear reactors.

The goal is to continue to boost the technology as a means of helping the ecological transition and maintaining French energy independence, at a time when energy costs are rising rapidly.

What are the international goals?

A major part of the plan is to increase France’s international competitiveness. President Macron has said his goal is to make France “the leading tech power” and support start-ups in Europe.

He has also stated that his aim is to help France compete with Chinese and American tech giants as a means of “regaining French and European independence”.

It comes as the industry has significant dependence on Asia for key components, especially electronic chips, of which there is currently a major global shortage. This has had repercussions on the automobile industry in particular, among many others.

Economy Minister Bruno Le Maire has also said that the aim is to "increase France's productivity, reindustrialise the country, and enable us to regain market share in exports", in order to avoid the possible ‘downgrading’ of France’s economy behind China and the US.

The plan is also expected to include a ‘skills and professions’ element, to ensure continued education and commitment of young people to emerging industries.

What are critics saying about the plan?

Opposition leaders have denounced the plan as a “frenzy of spending” that will cause record debt, six months before the presidential election.

But Mr Le Maire has defended the project, saying that low interest rates mean that debt currently costs less, making it a “good time to invest”.

France 2022 budget: How could it affect your finances?