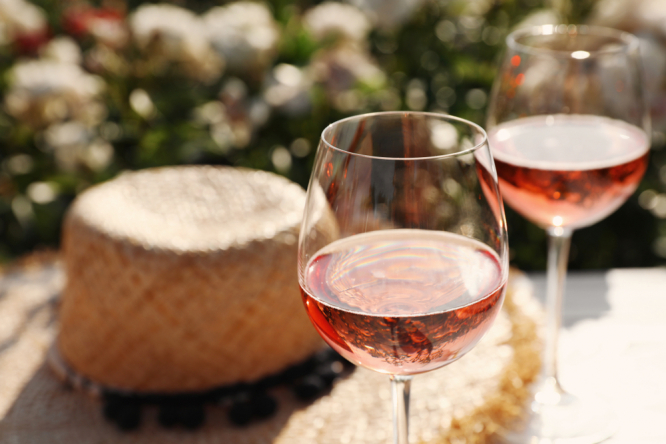 The wine will form part of a new collection by the internationally-famous Australian singer Pic: New Africa / Shutterstock

Australian singer Kylie Minogue is launching a range of prestigious wines produced at Château Sainte-Roseline in the Var.

The wines will be part of a new ‘Collection’ range in the Kylie brand, and will be produced in the domaine in the commune of Les Arcs-sur-Argens.

They will be a Côte-de-Provence rosé and a Cru Classé Côtes de Provence, Le Figaro reported. The cru classé will be sold for €28 on-site, and €31 in the UK.

Ms Minogue said that her collection is intended to offer entry-level wines, that are "like easy listening music". The ‘Collection’ range also includes a Margaret River Chardonnay and a Yarra Valley Pinot Noir, two Australian wines.

The will be part of the wider Kylie brand, which was launched on the singer’s birthday, May 28, last year.

Ms Minogue visited the Var region at the end of October, accompanied by Aurélie Bertin, her French business partner and owner of Château Sainte-Roseline, to mark the launch of the range.

The Kylie brand also includes prosecco rosé from Gambellara in Italy, a sauvignon blanc from the Côtes de Gascogne, a merlot and a rosé from the Pays d'Oc ("Vin de France"), and, finally, a Spanish cava.

The volume of cru classé is "necessarily produced on the estate", Ms Bertin explains. The grounds of the estate cover 110 hectares, and the house produces 650,000 bottles each year.

Sainte-Roseline has a “poppy”, light image that fits well with rosé wine and Ms Minogue, Ms Bertin said, and the partnership may lead to the strengthening of the wine’s presence in English-speaking countries, such as the UK and the US, because of Ms Minogue’s vast fanbases in those nations.

A lover of wine

Ms Minogue has long spoken of her love of France, and its wine.

When her song "I Should Be So Lucky" hit the charts in 1989, she travelled through the south of France and part of Italy with her boyfriend at the time.

She told Le Figaro: "I was only 21 and this trip was a first for me. Everything was new, exciting, glamorous and...intoxicating! It was during this trip that I fell in love with wine.”

More recently, she tasted the wines of Provence.

“It was in 2017, in Nashville,” she explained. "I had just finished recording my fourteenth album. We had had very busy studio days and, as is often the case there, it was crazy hot and very humid.

“My manager and I dropped into the hotel chairs, out of breath. I looked at the wine list and ordered a rosé from Provence. It was very fresh, very good. I said, as a bit like a joke: "I would like to make a wine like that.”

The Kylie brand has already sold 2.3 million bottles in the UK, France, Germany, Belgium and Australia. More than one million sales are of prosecco alone.

Kylie Minogue is following the same path as other stars before her.

Ridley Scott, John Malkovich, George Lucas and George Clooney are also among those to have created wines in Provence.

Closer to Les Arcs-sur-Argens is Brad Pitt's estate, which is developing the Miraval brand with the Perrin family of Châteauneuf-du-Pape.

Pitt-Jolie wine sells for €10,000
The rise of rosé wine in France, plus taste trends to note
George Lucas buys vineyard in the Var