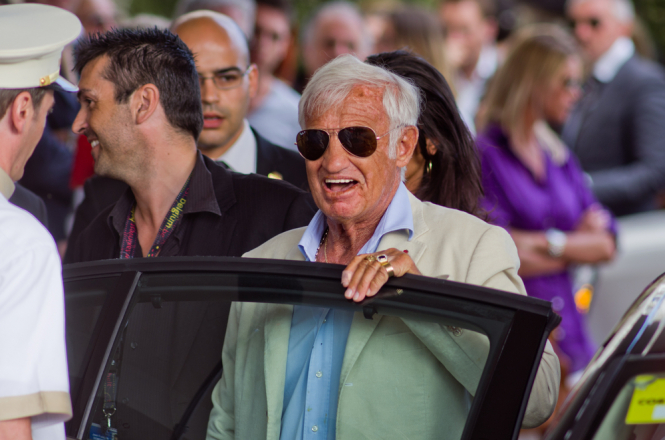 Jean-Paul Belmondo leaving his hotel at the Cannes Film Festival on May 19, 2011 Pic: LongJon / Shutterstock

Tributes have been paid to French actor Jean-Paul Belmondo, who has died age 88.

The star famously had no interest in ‘breaking’ Hollywood, and refused to learn English, but was still well known internationally.

Mr Belmondo, known in France as Bébel, died on September 6, his lawyer confirmed to AFP.

UK newspaper The Guardian this week published a cover story calling him a “superbly handsome, rough-hewn, and real...major star...who made crime sexy”.

Yet, Bébel's career was mainly in France, and he never ‘full broke’ Hollywood, newspaper Libération has said, which it explained was a deliberate move by the actor, who never wanted to learn English.

American cinema was interested in him: Belmondo made the front page of Life magazine in 1966, and Hollywood film director Mark Robson had offered him a part in his film The Centurions, but Bébel had refused, giving up his place to Alain Delon.

In 1966, the director told The Chicago Tribune: "He doesn't want to make films outside France. He already has piles of scripts waiting to be made, and he doesn't why he would jeopardize his popularity by speaking English instead of French.”

Jean-Paul Belmondo then appeared in John Huston's 1967 film Casino Royale, a parody of the James Bond film of the same name.

Other proposals came, according to Libération, notably from the producer of Lawrence of Arabia and Bridge on the River Kwai, Sam Spiegel.

But Mr Belmondo always maintained that he did not want to film in another language, especially to play the role of the ‘token French lover’.

Mr Belmondo did not speak English well, and reportedly had no real interest in learning it.

He told the Los Angeles Times in 1968: "Every Frenchman dreams of doing a Western, of course, but America has lots of good actors.

"It's not false modesty, but why would they need me? I'd rather make a film in France than shoot internationally. Something gets lost along the way.”

Mr Belmondo was mainly known to English-speaking audiences for his roles in Jean-Luc Godard's films Breathless, with the American actress Jean Seberg, and Pierrot le Fou.

The Guardian wrote: “Belmondo was a French star to the bone: he showed no aptitude for or interest in learning English and making it in Hollywood like Charles Boyer or Maurice Chevalier.”

Yet, the actor is considered to have influenced American cinema.

His stunts in his many action films - particularly those performed in the 1964 film The Man from Rio - are said to have given Steven Spielberg inspiration for the character of Indiana Jones, who first appeared in Raiders of the Lost Ark in 1981.

Other characters to have been modelled on Bébel include a figure drawn by Jean Giraud, and the Japanese manga character Lupin III.