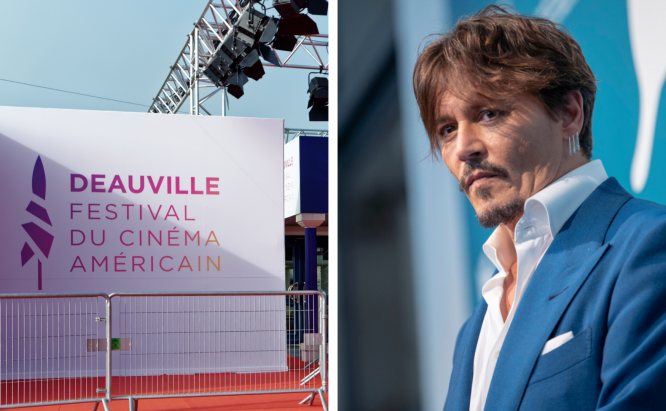 Controversial American film star Johnny Depp is expected to attend the 47th Deauville American Film Festival today (September 5). He will present the film City of Lies, in which he stars with Forest Whitaker.

Day passes to the event quickly sold out, said local newspaper Ouest France. Mr Depp will also take part in a ‘Conversation with…’ event, with a public audience.

The event is set to be broadcast live on Facebook, as well as on the terraces of the Deauville International Centre (CID), for those who were not able to secure an in-person ticket.

Mr Depp is also expected to appear on the red carpet at 19:30, along with the film’s director, Brad Furman.

The film City of Lies will also be screened ‘out of competition’ (meaning it is not officially part of the festival competition) at the CID. The film first premiered in 2018, out of competition, at the Noir in Festival in Italy.

It received a limited release in Italy and was initially intended to be released in the US in September 2018. It was later delayed; and released in March this year, and on streaming platforms in April.

The Deauville American Film Festival began on September 3, and will last until September 12, with a total of 53 films being shown across eight categories.

The main jury is chaired by the Franco-British actress Charlotte Gainsbourg.

The festival in Normandy regularly attracts some of the best-known film stars and directors in the world, with Steven Spielberg, Laura Dern, Pierce Brosnan, Harrison Ford, Keanu Reeves, and Robert Pattinson among the many to have attended in previous years.

It comes ahead of the 32nd edition of the Dinard British Film Festival, which is scheduled to take place at the end of September.

The organisation of this year’s event has been fraught due to the twin issues of Brexit and the Covid pandemic, France 3 reported. The event was cancelled completely in 2020.

Franco-Argentinian actress Bérénice Béjo will chair the jury this year, accompanied by British producer Paul Webster. Laura Smet is also a member of the jury, while the festival's artistic director is British director Dominique Green.

The schedule will include more than 50 films and documentaries.

Johnny Depp has a long history of visiting France; despite his split from French actress and singer Vanessa Paradis in 2012, and in February this year, was still the owner of a large estate in Plan-de-la-Tour (Var), which he first bought with Ms Paradis.

The couple were together for 14 years, and have two children,  Lily-Rose and Jack.

The Pirates of the Caribbean spent the first Covid lockdown at the site, according to Le Parisien. The hamlet includes Provence-style buildings, a chapel, a café, and picturesque ‘village streets’.

Five years ago, Mr Depp tried to sell the Var site for €55million, the Mirror reported, but the price was later reduced by €9million, and so far appears not to have been sold.

After his amicable split with Mr Paradis, Mr Depp later married actress Amber Heard in 2015, but the duo divorced just one year later amid a swirl of acrimonious rumours, allegations of domestic violence on both sides, and a highly-publicised court case.