MPs to debate obligatory Covid vaccination in France - but for whom? 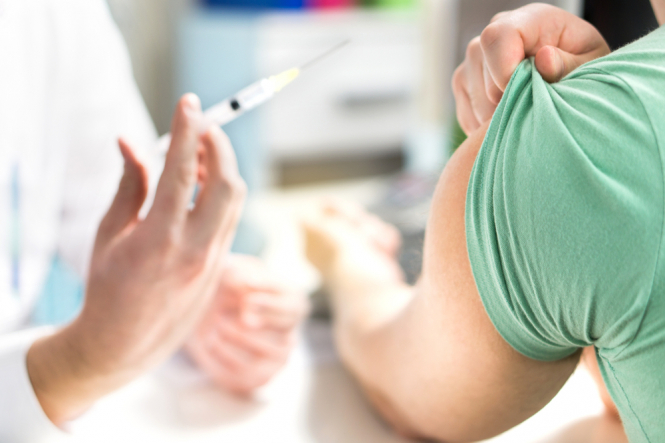 Around 70% of care workers in France have currently received one dose of vaccination. Experts say this is not high enough Pic: Tero Vesalainen / Shutterstock

The French government is preparing a new law that will allow vaccination against Covid-19 to be mandatory for staff in elderly care homes and hospitals from September.

MPs will also discuss whether the law should target a wider share of the population.

In a letter to MPs, Prime Minister Jean Castex yesterday (July 1) called for a parliamentary debate on mandatory vaccination for care workers.

He added: “Please inform me if you believe the obligation [to get vaccinated] should be extended further.”

The French press are reporting that possible extensions of the law could include making vaccination mandatory for people who are in regular contact with members of the public.

Mandatory vaccination for all people in France has, reportedly, not been ruled out at this stage.

And a new poll* suggests that people in France would approve of laws to make vaccination mandatory for a wide range of people.

Around 70% of care workers in France have currently received one dose of vaccination, professor Elisabeth Bouvet, president of the technical commission for vaccines for la Haute Autorité de santé, told Franceinfo.

She said the number was “insufficient” in light of more contagious variants of Covid-19, and a potential fourth wave of the virus in France in autumn.

She said: “The wave that will probably come in autumn risks being more serious and having more consequences if care workers are not vaccinated.”

The professor said care workers who had not been vaccinated had done so out of fear of the vaccine, a feeling of not being at risk, and distrust of management, administration and governance.

“It’s a way of expressing dissatisfaction with the authorities, including health authorities,” she said.

Current rates of the circulation of the virus are the lowest they have been since summer 2020.

But Professor Jean-François Delfraissy, president of the Conseil scientifique, told France Inter: “We must remember what happened last summer. We had numbers that were comparable [to what we have now] and then we saw a second wave in September.”

Experts, including researchers at l’Institut Pasteur, have warned of a possible fourth wave of the virus in autumn due to the rise in cases of the Delta variant and the pace of vaccination in France.

And while overall numbers of cases are likely to remain low for some time, Professor Delfraissy called this a “false reassurance”.

In other countries, including the UK and Portugal, Delta has become the dominant variant and consequently increased numbers of cases.

In France, the highly contagious variant is “already at a percentage level which will rise gradually,” Professor Delfraissy said, possibly causing a rise in hospitalisations in autumn, as happened in 2020.

The potential difference this year is that a high level vaccination coverage could reduce the impact of the wave.

Health pass use and isolation protocol will also be discussed

The prime minister also called for parliamentary debate on two other measures to control the spread of the epidemic.

First, the possibility of extending the use of the French health pass.

Current rules mean the pass is required to allow entry to events with over 1,000 attendees and nightclubs from July 9. New rules mean the 1,000-person limit could be made lower.

The government has previously denied that the health pass would be needed to enter public spaces such as restaurants.

Mr Castex also raised the prospect of strengthening rules around isolation for people who have tested positive for Covid 19. These could include sanctions for people who fail to isolate themselves.

*Poll by Odoxa-Backbone Consulting for Franceinfo and Le Figaro conducted online among 1,005 respondents representative of the French population aged 18 and over from June 30 - July 1, 2021.