Eating out, shops: What changes for Covid rules in France from June 30 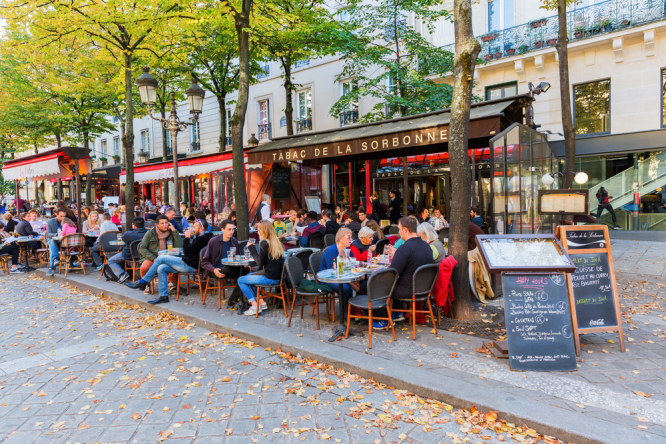 From today, public spaces such as shops, restaurants, theatres, cinemas, museums, sports halls, and swimming pools will no longer have to adhere to limits on the number of people Pic: Christian Mueller / Shutterstock

France is set to lift almost all Covid restrictions today, in the final stage of the deconfinement timetable laid out by President Emmanuel Macron.

However, restrictions will remain in Landes due to a high number of cases of the Delta variant.

From today, public spaces such as shops, restaurants, theatres, cinemas, museums, sports halls, and swimming pools will no longer have to adhere to limits on the number of people allowed inside.

The curfew was originally also set to end today but was lifted 10 days earlier than planned, on June 20.

The only exception is that concert halls and festival spaces where the public remains standing will have a 75% capacity limit.

Similarly, physical distancing and hygiene measures continue to apply in all public areas.

Nightclubs are not yet open; they are set to reopen on July 9. Entrants will be required to show a pass sanitaire, and to download and activate the TousAntiCovid Signal app. Indoor nightclub spaces will have a 75% capacity limit.

Masks are also mandatory for any events, inside or outside, with fewer than 1,000 people.

What about large events?

Events with more than 1,000 people are now possible, whether inside or outside, but attendees must show a valid pass sanitaire (with proof of vaccination, or recent negative test).

Wearing a mask at such events “will not be mandatory, but will be recommended”, said Culture Minister Roselyne Bachelot.

What about the Delta variant?

The variant first discovered in India has not derailed the government’s timetable for reopening in France so far.

The exception is the department of Landes, where restrictions are to be extended until July 6 inclusive due to the higher number of Delta variant cases in the area, the prefecture has confirmed.

Prefect Cécile Bigot-Dekeyzer said in a press conference: “The situation has stabilised, with an incidence level of around 50. It is not particularly serious, but it is atypical compared to the rest of France.

“The continuation of [restrictions] aims to consolidate this stabilisation and to see a significant rise in vaccination levels. Collective immunity in Landes is weaker because the department was not too badly affected by Covid [before].”

He told FranceInfo: “It is not making the number of cases rise, but it is gradually becoming dominant, which it is doing in all countries worldwide, because it is more contagious.”

What is the general Covid situation in France?

The latest figures show that half of the population has now received at least one dose of a Covid vaccine; the equivalent of 33.5 million people. A total of 21.8 million, or 32.5% of the population, have now been fully vaccinated with all doses needed.

Authorities have been keen to encourage people to get a vaccine and to maintain the momentum of the vaccination campaign over the summer.

The hospital situation is improving, with 8,627 Covid patients currently, including 134 new admissions in the past 24 hours. This is down from 10,046 patients last week.

There are 1,250 Covid patients in intensive care as of today, including 29 new admissions in the past 24 hours.

Mr Véran said that in general, “the spread of the virus is continuing to drop in our country. We are now at an incidence level of 18, which is 30 times less than the levels seen [before] in some departments”.

He said: “This is a sign that the gradual deconfinement decided by the President was the right decision”.

The minister said that the virus was continuing to decrease, “including in Landes”, and that “teams are working there to implement contact tracing and massive vaccination”.

Is the Delta variant a concern in France at the moment?

Since last week, the level of incidence in Landes has dropped by 10%.

Neither had been vaccinated against the virus despite both having health conditions that made them vulnerable to serious illness if they contracted Covid-19, the regional health agency (ARS) in Occitanie reported.

The ARS said that an action plan was being implemented immediately in the region to “avoid a rebound of the epidemic”.

The health minister explained that he has been studying data coming from the UK, where the Delta variant is spreading fast.

He said that the UK has been very affected by the variant “but has had significant vaccination”, and there had so far been few deaths.

Yet, he said: “There are always several weeks between a new wave starting and the moment when the wave of hospitalisations and deaths may follow.

“We must stay very, very vigilant and vaccinate massively. If we are all protected and vaccinated, it doesn’t mean zero spread of the virus, but it does mean that there will be zero health impact, and therefore zero social, economic or educational impact.”