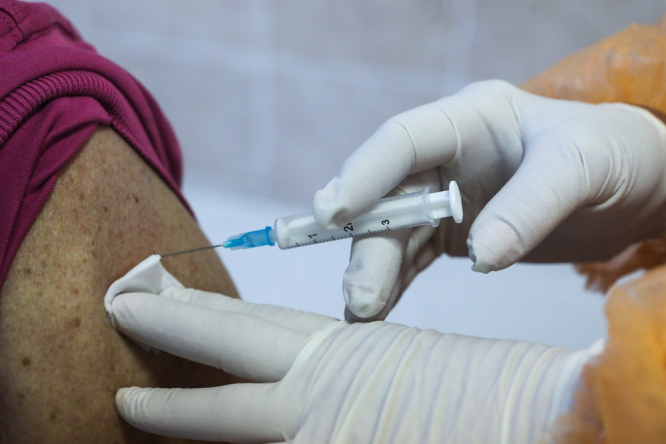 After stalling for a few days, demand for first-dose vaccine appointments is rising in France again Pic: Pimen / Shutterstock

GPs in France are expected to get lists detailing which of their patients have been vaccinated in a move to keep vaccination efforts in France moving.

Health Minister Olivier Véran said GPs would have access to such information about their patients even though it has not yet been confirmed by health authorities la Direction générale de la santé or la Caisse primaire d'assurance-maladie.

The rule also has to be agreed by the Conseil d’Etat, although the national data privacy body Cnil has already given its approval.

Authorities hope the information will enable GPs to motivate their patients to get vaccinated.

Doctor François Poulain, in Hérault, told FranceInfo: “I will be able to see who I have appointments with that day and to see beforehand if they have been vaccinated or not.

“If they have not been vaccinated, I can strongly tell them that it is a useful thing to do and a gesture of solidarity.”

This comes amid concerns that vaccine take-up has been stalling in France.

While 50% of people in France have received a first vaccine so far, up to 100,000 available vaccine appointments are not being booked each day, La Dépêche reports.

Figures showing a decline in demand for first doses of the vaccine have also worried authorities in light of the spread of the highly contagious Delta variant.

Some experts have warned that a fourth wave in autumn is inevitable if more people are not vaccinated as soon as possible.

But in a press conference yesterday (June 30) government spokesperson Gabriel Attal said: “The number of reservations being made for appointments for first doses is going up again by 10-20%.

“This is very good news from the past few days that shows French people are mobilised.”

Figures suggest that demand for the vaccine is still high among younger age groups who have access to appointments for less time, with more than 40% of 18-39-year-olds already vaccinated.

But demand seems to have stalled among older age groups. By June 16, 82% of people over 70 had been given a first dose, but in the two weeks since this has only risen by 1%.

Demand also seems to be stagnating among people in their 50s and 60s.

He said he was most concerned about the “10% of people over 70 who will not be vaccinated by the end of August, and vulnerable people aged 40-60, particularly obese people who are under-vaccinated.”

The highest vaccine take up is in Paris and the Pyrénées-Atlantiques, where more than 60% of inhabitants have been vaccinated.

23 hours ago
4
Should France's 130km/h motorway speed limit be lowered?