Macron calls for unity in face of coronavirus battle 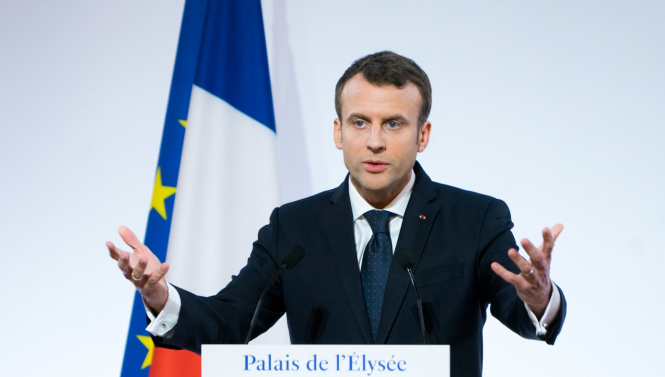 President Emmanuel Macron drew parallels with the Second World War struggle against the Nazis as he called for 'unity and fraternity' in the health battle against coronavirus.

"At a time when our country, like many others, is going through an unprecedented crisis, the health crisis requires that we all protect each other, that we are each responsible for all", Mr Macron said at the 76th anniversary ceremony of the liberation of Bormes-les-Mimosas, in the Var.

In a speech he praised the "unity, this ability to act together" shown by Resistance fighters and Allied forces in 1944 - and said the country had shown the same spirit since the start of the Covid-19 crisis.

"This is what we will have to continue to take up in the weeks and months to come, given the resumption of the epidemic, faced with economic and social difficulties, with the international crises that our country will inevitably have to face," he added.

"We live in a Republic ... It is generous, it is protective. It gives many more rights than in so many other countries and we forget it so often. But before rights, there are responsibilities,” he insisted.

Mr Macron has attended the ceremony at the town - in which fort Brégançon, the official Presidential summer holiday home is located - every year for the past three years.

He is due to welcome German Chancellor Angela Merkel to the fort on Thursday.