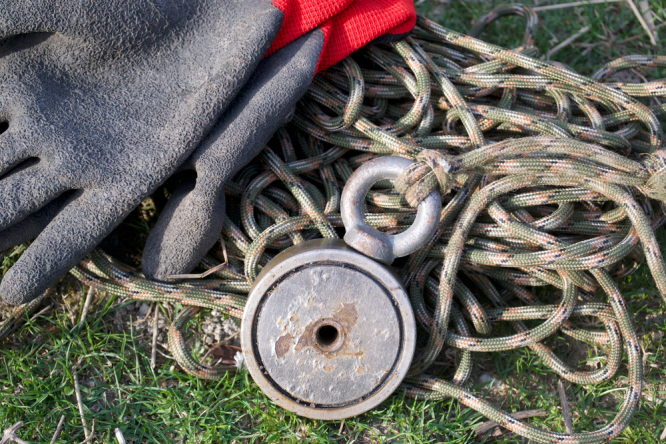 A new convert to magnet fishing (pêche à l’aimant), which involves searching for metal objects in rivers and canals, found a Cartier watch and another valuable timepiece in a canal near his home in the Nord.

Fishing by the canal with his son, the pair were fully expecting to bring up more of the scrap metal they had found before but instead discovered two chests.

One chest was empty but the other contained watches and coinage.

The man let the police know in Neuville-sur-Escaut what he had found, but was advised that given the state of the chest, which was full of mud and stones, that "wasn’t necessary", he told La Voix du Nord.

He then took the contents home to give it a thorough clean, soaking it all before stripping back the layers of dirt, determined to find something of interest.

On closer inspection, his haul included a Cartier and a Bulgari watch, which a jeweller has confirmed as real.

Alongside them was a very old gold magnifying glass that can be converted into opera glasses.

Asked what he was planning to do with it all, the finder said he hoped some research would allow him to return it to its rightful owner.

What is magnet fishing?

Magnet fishing involves using magnets tied to ropes to retrieve metal objects from places like rivers and canals, while helping to clean them up.

While items such as bikes and trolleys, as well as coins and tools are common, magnet fishing can also bring up more dangerous finds, like weapons, ammunition and grenades.

Another man in the Nord suffered serious burns after bringing home an unexploded phosphorus bomb recovered from the River Solre in spring 2019.

Frenchman finds €85,000 among rubbish on street: What are the rules?