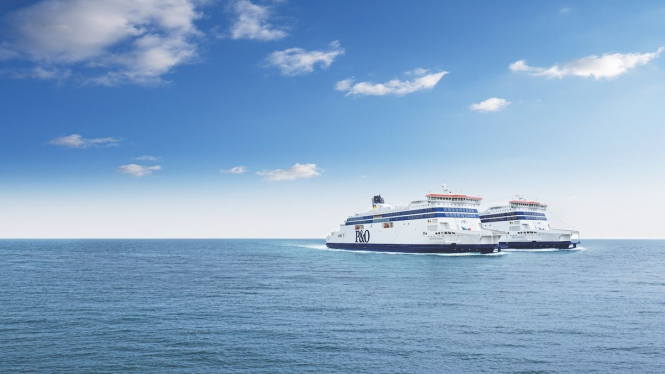 This morning, ferry companies out of Dunkirk, Calais and Dover were reporting a good service despite the blockades
By Connexion journalist

National port union CGT des Ports et Docks called on all workers in the sector to strike against the government’s pension reform from Tuesday January 14, continuing into yesterday and today. The movement is being called “port mort (dead port)”.

At least seven major ports have joined the movement, including Calais, Dunkirk, Le Havre, Rouen, Nantes-Saint-Nazaire, La Rochelle and Marseille. So far, Bordeaux has not yet joined the action.

Tony Hautbois, secretary general of CGT des Ports et Docks, said that the strike was at 100% and “almost 100%” at Dunkirk and Calais respectively.

Yet, the port of Calais has said that any disruption to ferry services yesterday was due to inclement weather conditions, not because of the ongoing strike.

This morning (Friday January 17), ferry companies including P&O Ferries and DFDS, were reporting service as normal between Calais and Dover in the UK, but passengers are always advised to check before travelling.

Yesterday, DFDS had been reporting delays of up to 35 minutes on some services, but this morning it reported that “all traffic is free flowing” into its ports including Calais and Dunkirk.

GREAT NEWS! All traffic is free flowing into all 3 Ports this morning.⚓ #dfdsinfo

All access to the port has been blocked. Ferry company Corsica Linea has said it has been forced to cancel 18 crossings across three days, on routes from Corsica to Marseille. The company has also faced disruption due to workers from competitor company La Méridional, which is blockading three of their ships at the entrance to the port.

Reports so far suggest that Bordeaux is currently not blockaded. Yet, there are some workers blockading a sister site belonging to electricity and gas firms Enedis and GRDF, in the nearby commune of Floirac.

The port is blockaded, but services are running, albeit slower than normal.

A barrier has been built over the Guillaume-le-Conquérant bridge, blocking access to the Jean-de-Béthencourt quay. This has caused traffic jams and delays into the port.

Workers have blocked the port and are protesting on roundabouts on roads in nearby commune Montoir-de-Bretagne. Boats are being forced to wait to enter the port.

This port is blockaded, and continues to follow the “port mort” strike action.